Do you really need a four-year college degree? 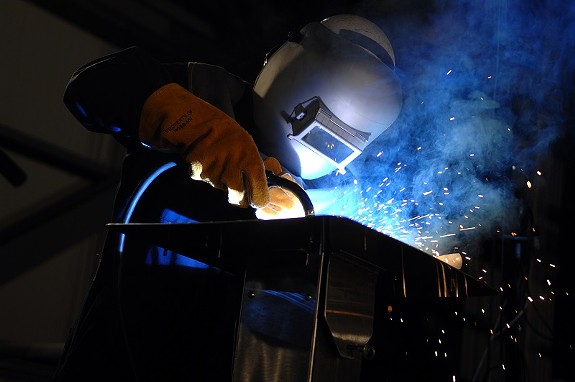 How important is having a four-year college degree, really?

That’s a great question if one looks at yesterday's The Wall Street Journal, which features a story from Houston about how Justin Friend decided not to go to college and became trained as a welder instead. The kicker: He’s only 24 and makes about $140,000 a year.

As college debt soars and white-collar job prospects dim for young Richmonders, maybe considering occupational training and a blue collar job may not be such a bad idea.

It is what the administration of Gov. Terry McAuliffe is emphasizing as he pushes strategies to wean Virginia’s economy off of its dependence on defense and information technology jobs. There will be jobs in IT-intensive places like Capital One, a huge local employer, but the newer opportunities are actually in advanced manufacturing.

One is Rolls Royce, which has a modern factory in Prince George County that makes high-performance jet-engine blades. The British company needs highly skilled blue collar employees and is working with J. Sargeant Reynolds and John Tyler community colleges to train them.

Another big employer of high-tech manufacturing workers will be Shandong Tanlin, a Chinese paper mill firm that plans a $2 billion factory on the James River just east of Richmond in Chesterfield County. This largest single Chinese investment in the entire country will employ 2,000 people. The plant is so advanced it won’t use wood for pulp but will recycle waste such as corn husks and stalks.

McAuliffe plans to make jobs training a big part of his agenda for the 2015 General Assembly that convenes Jan. 14. Last summer, he issued an executive order calling for 50,000 credentialed jobs in science and technology by 2018. “In order to remain globally competitive," he says, "it is critical that Virginia’s workers have the tools they need to succeed in a 21st-century economy."

A lot of them won’t require a four-year degree. And some may pay close to what the 24-year-old Texan makes. It’s enough for him to buy a $53,000 Ford F-250 and invest in mutual funds, according to the Journal.