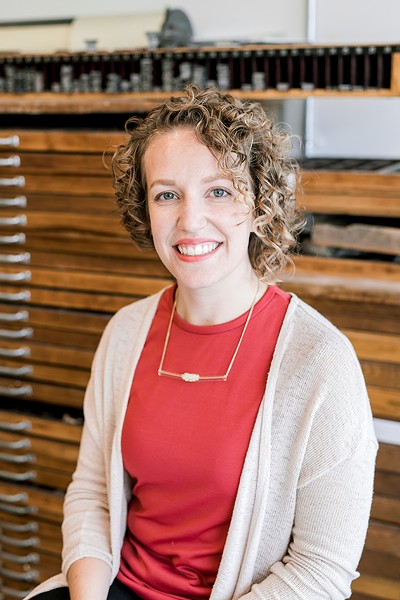 Jordan Brown has been appointed interim executive director of VisArts.

The board of directors of the Visual Arts Center of Richmond announced on Friday that Jordan Brown has been appointed interim executive director following Stefanie Fedor’s resignation in early 2023.

Brown, who previously served as director of education and programs for five years, will lead the organization while a national search takes place for a full-time replacement.

According to a press release: "Fedor served as executive director of VisArts for seven years. During Stefanie’s tenure, the organization experienced incredible growth, reaching more than 45,000 people each year through world-class programming and studios."

“Over the past several years, Stefanie and the VisArts team focused on growing our catalog, increasing our attendance and acquiring Granby House to host artists as part of our expanding artist-in-residence program, among other accomplishments," said Kate Ackerly, VisArts board chair, in the release. "Our entire staff and board of directors are grateful for Stefanie’s passionate leadership and years of service.”

Brown started working at VisArts as a front-desk associate before working with community programs such as Make Space, Studio S, and Veterans at VisArts; she later led the education team and the center’s annual programming.

“Jordan knows the organization extremely well. She is esteemed by the entire staff and is respected by leaders and partners in the local arts community. We could not ask for a better person to guide VisArts during this transition period, as we prepare to celebrate our 60th anniversary," said Ackerly in the release.

Brown grew up in Minnesota and has a BFA from VCU and a masters in arts administration from Goucher College. Also she is a board member of Partners in the Arts, a graduate of the Leadership Metro Richmond’s Leadership Quest Program

“Being a part of this organization while it has grown and flourished over the past 10 years has been an amazing experience. It is an important, unique resource and home to so many in Richmond and beyond. I am honored to step into this role and am excited to support this incredible community.” Brown said in the release.