At the ICA, a sneak peek at the forthcoming "Loving v. Virginia" opera. 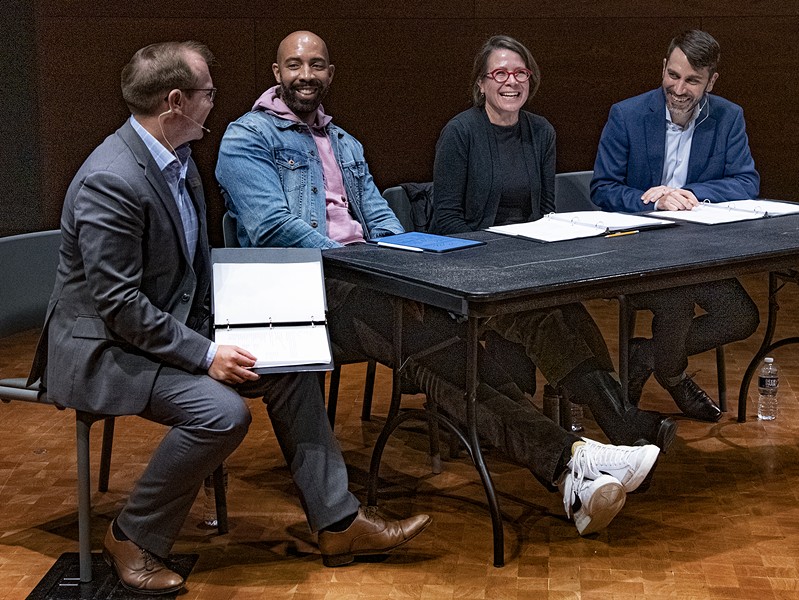 When it comes to opera based on historical fact, the words have to come first.

In what was billed as a "libretto workshop," the public had its first look at an ambitious new opera Thursday at the Institute for Contemporary Art at VCU. The 50-minute read-through of librettist Jessica Murphy Moo's script for a co-commissioned work based on the life of marriage rights pioneers Richard and Mildred Loving showcased the lyrics and the general plot outline of a historic love story, and legal case, that has already been recounted in numerous books, documentaries and feature films.

There was no singing on display in the ICA auditorium. "The score has not been written," moderator Joshua Borths, Virginia Opera's resident scholar and development assistant, told a crowd of two dozen (and an independent documentary film crew). "This is the first time through with the structure, and the characters and the journey that everybody goes on."

In May, Virginia Opera and Richmond Symphony announced the co-commissioning of the new opera, based on Loving v. Virginia, the landmark U.S. Supreme Court case that legalized interracial marriage. Thursday's public event was the first in a series of community workshops leading up to the opera's planned world premiere during Virginia Opera's 50th anniversary season in 2024-2025.

As Moo, composer Damien Geter, and Virginia Opera Artistic Director Adam Turner looked on, a cast of seven actors, including Felicia Fields as Mildred Loving and Jason Kypros as her husband Richard, performed the libretto in verse, acting through scenes of the interracial Lovings' courtship -- at a raceway -- their brushes with separation and incarceration, exile to Washington D.C., and, eventually, the hard-fought struggle to have their case heard in the U.S. Supreme Court. At different times, the actors joined in mass voice portraying the law itself. 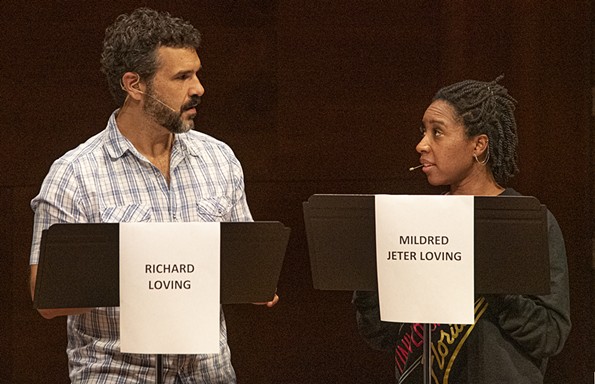 "I created the idea of a law chorus," Moo told the audience before the reading. "You will hear the law chorus various times because the law is really important, a character in this story. It affects how people can live, who people can marry, so we decided to make the law an actual character, which can happen in opera. Anything can sing in opera."

"It's really a luxury to take this time with the text," said the VO's Turner, after the event. "I've attended plenty of piano and vocal workshops before but never a libretto workshop. But with this, we get to check the story, make sure everybody's voice is being heard and before a single note has been written, make sure the librettist has checked all of the boxes." The planned conductor of "Loving v. Virginia" says this will ensure that the new opera becomes canon beyond its 2025 performances in Richmond, Norfolk and Fairfax. "Three, four, ten years down the road, we want this piece to have life."

Although no one has been cast in the final work -- and a director has yet to be chosen -- the actors assembled for the read-through felt they were part of something special. "It's exciting to collaborate on something that feels sort of monumental," said Troy Cook, cast in the "heavy" roles of the Caroline County sheriff and judge who jailed and banished the Lovings. "It was a bad time and we need to show how far we've come. We need to convey that." He adds, "I'm a baritone so I'm used to playing the villain anyway." 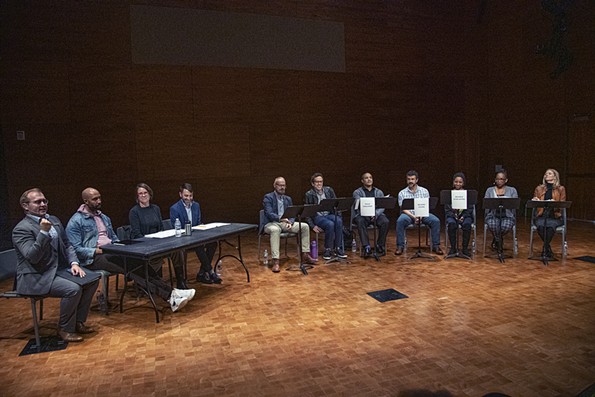 "This may be my only participation, but I'm proud to be a part of it" said Kypros, who has workshopped musicals before but never an opera. "They will do another workshop that will just be the score and that's when they will determine if Richard will be a tenor, or a bass, and they will cast it accordingly."

Composer Geter, a Chesterfield native, told the crowd before the reading that he hasn't started writing music yet. "I have a general sense of things, but I don't know where the dots are going to go." He's determined to explore the idea of "quiet vs. noise. Mildred and Richard lived a quiet life of quiet moments and then there was this noise of the law outside their home."

"This was so helpful," Moo said after the reading's conclusion. "I've written two operas before and I didn't have a libretto workshop like this." It's been a necessary step, she adds, to retell a familiar tale that takes many twists and turns, and to do it accurately. "First it's a love story and then it's a story about legal troubles. And there was one scene I knew going in would be a problem, the final Supreme Court scene, the two-hour oral argument. That's why we skipped that today." 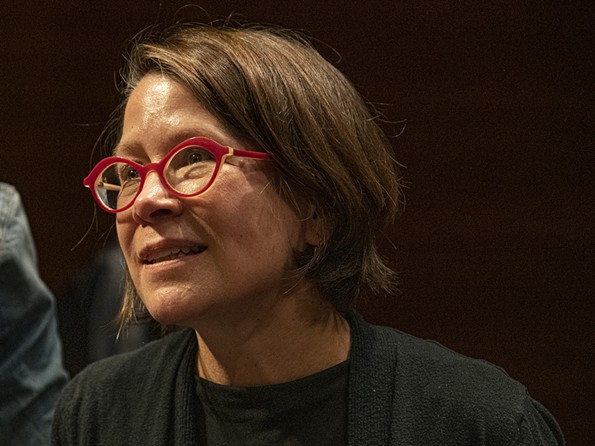 Turning a dry legal proceeding into operatic drama -- it's a challenge even with this portentous story, says the librettist.

"But once I get the right structure, the music will build and help tell the story. This is another way opera can work -- there's going to be a lot that we will be able to build through the music."

For more on "Loving v. Virginia," go to vaopera.org.