The Branch Museum’s “Characters: Type + Progress” explores the power of typography and its use to both oppress and liberate. 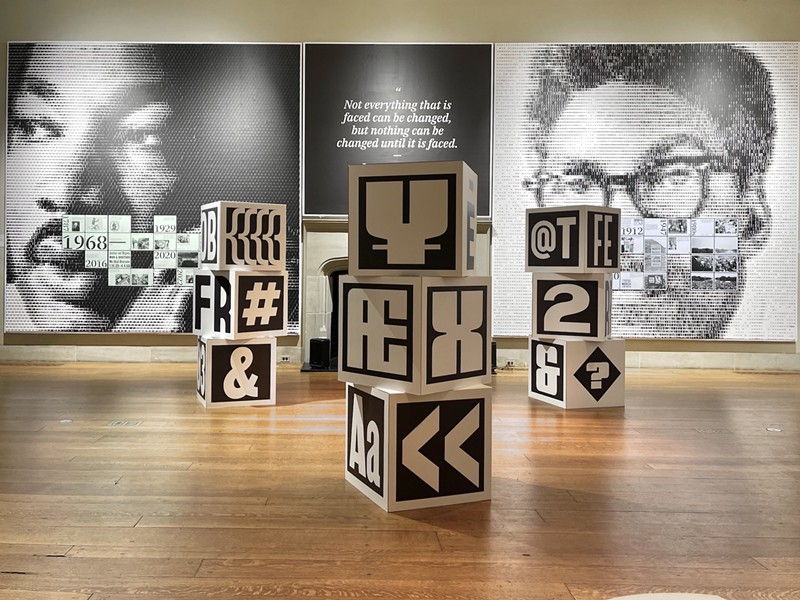 Even in quilts today, you can still see them: swirling zig-zag patterns known as drunkard’s paths. In the era of American slavery, legend holds that these quilted configurations warned those traveling the clandestine Underground Railroad to retrace their steps so that it would be harder for dogs to track them.

The drunkard’s path is one of many quilt codes that inspired typographer and design historian Tré Seals to create the font VTC Harriet – named for Harriet Tubman – through his foundry Vocal Type Co.

“Since slaves weren’t allowed to read, they had to find other ways to communicate,” explains the Maryland-based typographer, 29, whose exhibition “Characters: Type + Progress” opens Friday, Nov. 11 at the Branch Museum of Architecture and Design. “There are so many more facets to Black history that we simply don’t know. There is so much more than what’s in the history books.”

The font VTC Colin, for instance, was inspired by civil rights activist and football player Colin Kaepernick, playing off the #7 lettering on his jersey. VTC Marsha is based on a large vertical sign that once stood outside of the Stonewall Inn, the location of the 1969 New York City riots often considered the single most important event leading to the gay liberation movement and ongoing fight for LGBTQ+ rights in America.

“Through Vocal Type, each font that I create is inspired by different histories from different underrepresented cultures and different progressive movements,” Seals says. 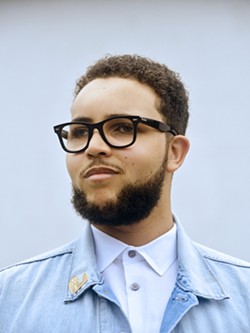 In collaboration with Civilization, a Northwest-based design studio that aims to address social issues through visual communication, Seals created “Characters,” referencing how the word can both mean historical figures as well as typographic letters and symbols. Large murals of each historic figure are composed of letters, numbers and symbols from the typeface named for them; displays underneath delve into the history that the font is motivated by.

“We’re using type as a vehicle to tell much larger stories,” says Michael Ellsworth, co-founder and principal at Civilization, of the exhibition. “I’ve never seen a show like this, and I think it could really be an inspiring experience, especially for a younger generation.”

Seals first became entranced by lettering as a youngster. By the time he was in fifth grade, Seals was graffitiing his classmates’ names on index cards and selling them for $3 a pop.

In his junior year of pursuing his bachelor’s in visual communication design at Stevenson University, Seals made a pact with himself to become an internationally respected designer by the time he was 25. Even before Seals graduated, he was working with brands like Whole Foods, Panasonic and Black+Decker. By the time he was 25, he received his first global project with Adobe.

Constantly in search of other design work to inspire him, Seals eventually became disenchanted with what the graphic world had to offer. “It just got to this point where everything I saw, no matter how beautiful, it all just looked the same,” he says.

Seals founded Vocal Type Co. in 2016 with the intention of combating the singular perspective that dominates the industry. When George Floyd was murdered by a police officer in Minneapolis in May 2020, demand for Seals’ work exploded.

“All of a sudden, people were looking for the work that I was making,” Seals says. “I was getting calls from clients I could only dream of working with. I always work with the knowledge that I am who I am because of George Floyd.”

Shortly after Floyd’s murder, VTC Martin, the first font Seals ever created, was used for two massive Black Lives Matter street murals in Newark, New Jersey. The font is based on the one used on the famous “I Am a Man” signs from the 1968 Memphis sanitation strike that prompted Martin Luther King Jr.’s “I’ve Been to the Mountaintop” speech a day before his assassination.

“It’s overwhelming, to be honest,” says Seals of the Black Lives Matter movement’s embrace of his work. “The fact that people like what I make and want to use it, and the ways in which they use it to honor the stories that these typefaces tell, is overwhelming, and I’m just grateful.” 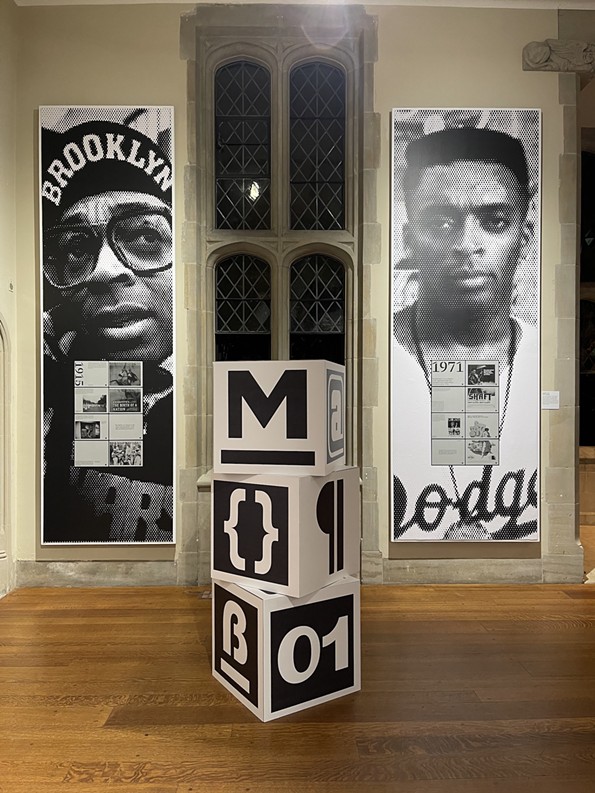 As Vocal Type Co.’s fonts are available online with a few clicks for anyone to use, Seals is often surprised to learn where his creations end up. The Amazon unionization effort uses VTC Martin; a German men’s fashion magazine has also used the font. A third-generation men’s fashion brand in London has used VTC Eva, and HBO used VTC Bayard in a voting PSA. VTC Marsha has been used on T-shirts for Taylor Swift.

“I had no clue it was out there until one of my followers showed it to me,” Seals says.

“It was pretty amazing,” says Seals of working with Lee, noting that it was the first book he’d ever designed. “I went in with very little direction, which made it quite a bit of fun, getting to learn about Spike — not only his work, but what he likes and doesn’t like.”

On Friday, Nov. 11, Seals and Ellsworth will host a free public conversation at the Branch Museum at 6 p.m. On Saturday, the Institute for Contemporary Art at VCU will host a book signing for Seals’ new book “Dream in Color” at 6 p.m. And on Nov. 17, a free screening of the documentary “Graphic Means: A History of Graphic Design Production” will take place at the Branch Museum at 6 p.m. that includes a conversation with director and producer Briar Levit.

“This show is intentionally filled with layers: layers of meaning, layers of emotion,” says Ellsworth. “The seven characters represented; not everyone in the general public knows these characters. It’s excellent to expose them to that, and type being the vehicle to do that is an unexpected one.”

“Characters: Type + Progress” runs through March 12, 2023, at the Branch Museum of Architecture and Design, 2501 Monument Ave. For more information on the exhibit and events, visit branchmuseum.org.

Correction: An earlier version of this story incorrectly stated the location of the free screening for the documentary on Nov. 17. Style regrets the error.