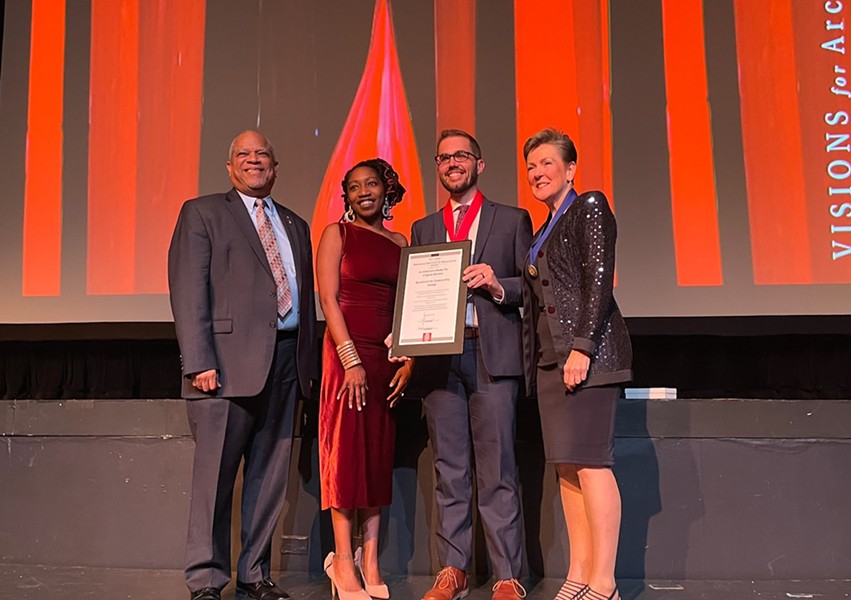 American Institute of Architects Virginia (AIA Virginia) has bestowed its highest honor, the chapter's architectural medal for Virginia service to Storefront for Community Design, at the Visions for Architecture celebration at the Virginia Museum of Fine Arts.

The award recognizes an individual or organization that makes an “unusually significant contribution” to Virginia’s built environment, or awareness of the built environment, according to a press release. In the past, Style Weekly architecture critic Edwin Slipek has won the award.

Storefront for Community Design is a local nonprofit design center "founded to bridge the gap and make design programs and resources" accessible to all. Since 2011, SFCD has convened over 370 low-cost design and planning assistance projects and over 20 design education initiatives to community members, businesses, nonprofit organizations, local governments, schools, and neighborhoods, according to the release.

“This award emphasizes the value and importance of designing spaces for the communities who use them,” said Bernard Harkless, current chair of the board of directors for Storefront for Community Design, in a release. “We want to thank AIA Virginia for choosing to recognize Storefront for its community-driven design and build efforts.”

AIA informed Storefront in a prior letter that the chapter wanted to recognize Storefront for its influence and contributions to uplifting underserved populations through the power of design.

“Since 2011, Storefront has been a stalwart, nonprofit design hub that seeks to make design programs and resources accessible to all. Leveraging their large network of volunteers, they have prioritized equitable growth, benefiting Richmond and the broader metropolitan area," said Helene Combs Dreiling, FAIA, interim executive vice president at AIA Virginia, in the release.

Also the release notes that Storefront "recently launched a new strategic plan that will focus on more community-driven design. The organization plans to serve over 200,000 residents in Richmond through community design over the next three years."