Festival to be held on Saturday, Sept. 24 at Henry Marsh Elementary School. 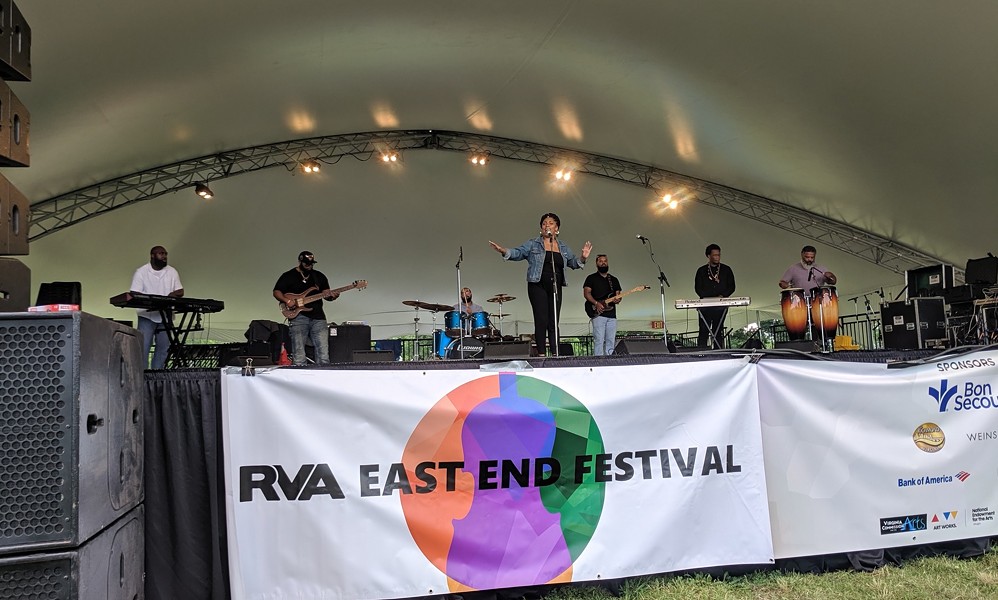 Organizers have announced the lineup for the annual, community-wide celebration of music and the arts, The RVA East End Festival, which is scheduled to be held Saturday, Sept. 24 from noon to 9 p.m. at Henry Marsh Elementary School, 813 N. 28th St. in Richmond.

The festival is free to attend with entertainment coming from local youth musicians, visual artists from Richmond Public Schools, and local professionals. Festival-goers can also enjoy 10 food trucks and about 20 vendors on-site.

“Since 2016, the RVA East End Festival has raised over $400,000 to support music, visual arts and performing arts programs at five elementary schools, two middle schools and one high schools in the East End communities of the Richmond Public Schools system,” said James “Saxsmo” Gates, festival co-chair, in the release.

Musicians from the Richmond Symphony

“We invite the entire Richmond region to join us on Sept. 24 for an exciting and inspirational event to support our amazing students in the East End,” said Rev. Marilyn Heckstall, festival co- chair, in a press release. “The festival kicks off at noon with a rousing intro by the RPS All City Marching Band followed by a spectacular lineup of some of the best national and local artists in the Richmond music scene.”

Donations to support the festival can be made online here. And to learn more about the RVA East End Festival, contact rvaeastendfest@gmail.com.