PICK: A Tribute to Ivan Appelrouth at The Camel 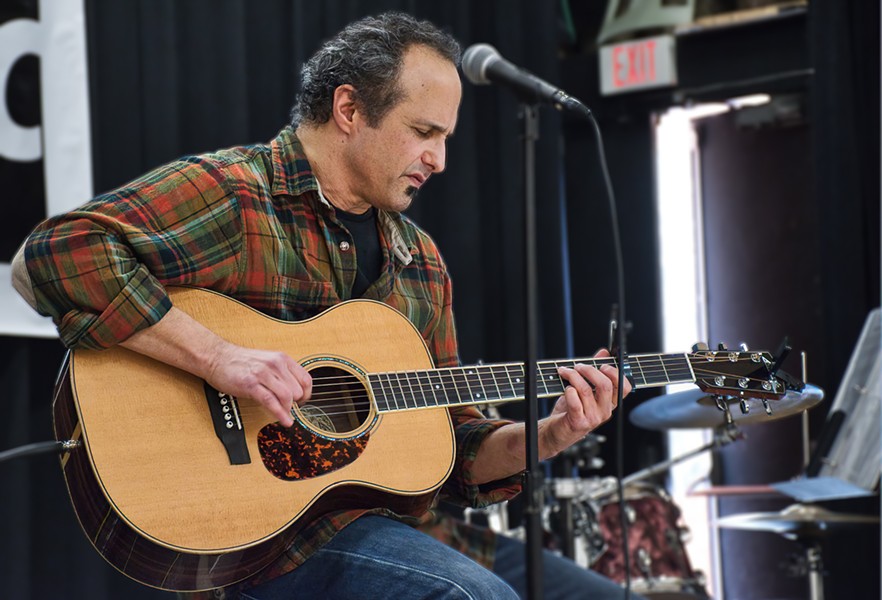 As a solo performer, Ivan Appelrouth seemed to know everything about the blues.

In the years before his personal demons caught up with him, he was a fixture on the local scene. He told the stories behind every song, paying witness to the giants of a forgotten era: Son House, Blind Blake, Robert Johnson.

All too often he would be spinning out these tales in a weekend afternoon gig at some local brewery, while people chatted through the playing and clapped in the pauses with an enthusiasm more reflecting their degree of inebriation than a close appraisal of the performance. There was usually someone there specifically to hear him and spark the applause.

Appelrouth’ s fingerpicking was adept and authentic, his singing voice wavering but game, and his love for the music transporting. On the larger stage, Appelrouth was a stellar electric blues sideman.

A protégé of Grammy-winning blues guitarist Duke Robillard, over a 30-year career he played and toured with a variety of bands. His onetime bandmates, gathered in his memory at The Camel Blues Jam this Sunday include: Big Joe Maher, John Sheppard, and John Fralin from Big Joe and the Dynaflows, Bop Cats guitarist-turned-guitar-pickup guru Lindy Fralin, Lil Ronnie Owens from Lil Ronnie and the Grand Dukes, Kokomotions bassist Steve Riggs, and blues singer/songwriter/harpist Kurt Crandal.

A Tribute to Ivan Appelrough will be held at the Camel on Sunday, July 24th with doors at noon. The event is free but has a requested $15 donation to benefit the SPCA in Ivan’s name.