PICK: Daniel Clarke and Cameron Ralston at the Quirk Hotel 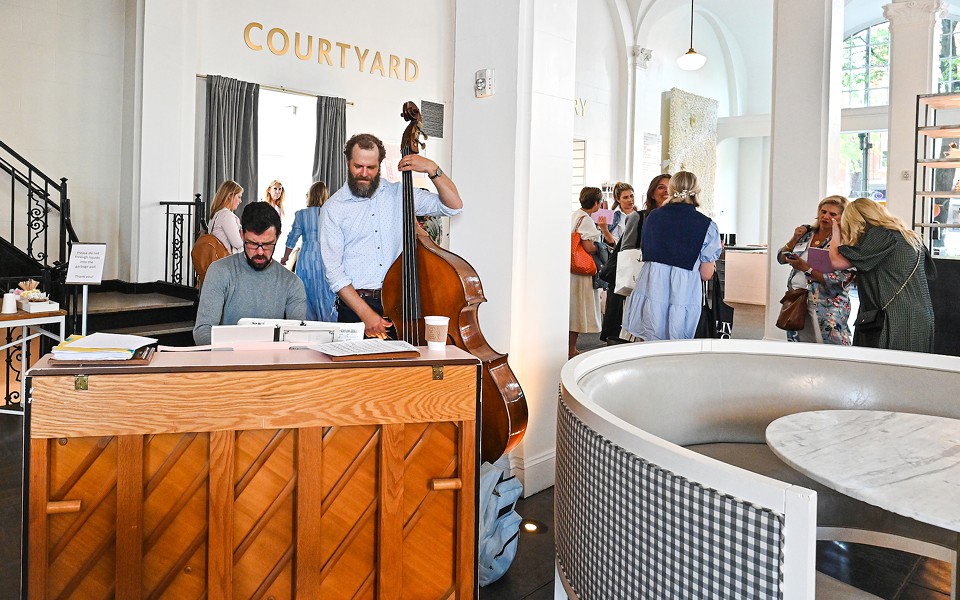 Peter McElhinney Accomplished pianist Daniel Clarke and bassist Cameron Ralston are a great reason to stop by Quirk Hotel on Tuesday afternoons in May.

It’s rare to have a musical dream team duet with a regular gig inside a big public space in Richmond. Pianist Daniel Clarke is one of the most successful local musicians of his generation, playing and recording with successful artists ranging from Mandy Moore and k.d. lang to Ryan Adams. His partner Cameron Ralston has assembled a long and impressive list of credits as the house bassist for Spacebomb Records.

Both players can dive deep and come up smiling, making a new song sound familiar, or a well-worn standard sound brand spanking new.

The Quirk Hotel lobby is an extravagance of 30-foot high, white ceilings and pink and teal accents; even its upright piano is a fashionable coral hue. In the debut event for Clarke and Ralston, the pair played a mix of jazz standards and more modern popular songs, assuming a really killing version of Whitney Houston’s “The Greatest Love of All” counts as modern. The crowd was a mix of a few close listeners and pulses of random passers-by.

A cheerfully chattering flock of franchisees for The Scout Guide lifestyle publication swooped blithely through a lovely version of the Beatles’ “Yesterday,” leaving a few perched at the bar drinking colorful bespoke cocktails. Nothing wrong with that; being able to treat artistry as mere ambiance is a hallmark of luxury.

Ralston conceived of the project just before COVID as something with the potential to become an institution, as well as a callback to great, soulful pairings like Charlie Haden and Kenny Barron. And the playing sounds surprisingly good in the vastness of the Quirk lobby. Whether or not a neo-iconic hotel will prove to be the ideal spot to attract an appreciative jazz audience, for the rest of the month, on Tuesday evenings, it is an intimate center of the Richmond musical universe.

Daniel Clarke and Cameron Ralston play the lobby of the Quirk Hotel, 201 W. Broad Street, every Tuesday afternoon in May from 4:30 until 7 p.m. Free.