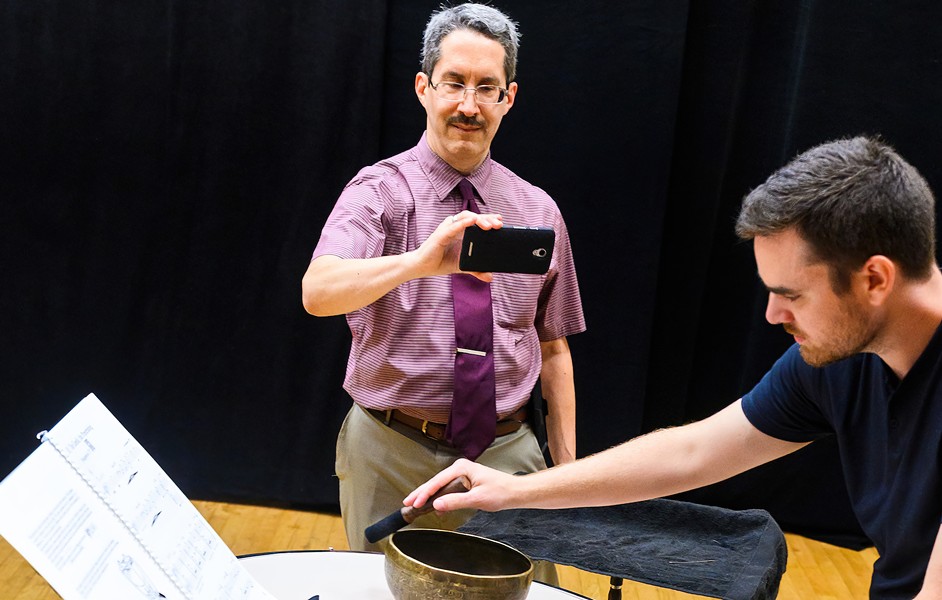 Peter McElhinney Antonio J. García, director of the VCU jazz studies program for the past 21 years, shown at a Musicircus event in 2019.

Antonio J. García is leaving the VCU Jazz Program that he has led for the past 21 years at the end of this semester.

During that time, he has been a cheerful force within the program, hosting first-tier guest artists, establishing a memorable relationship with the University of KwaZulu-Natal, and championing innovative programs that crossed traditional category boundaries, as well as a music industry course to prepare students for real-world challenges.

It wasn’t always easy. He replaced the program’s founder, the brilliant composer/bandleader Doug Richards, whose uncompromising standards were as much of an attraction to serious players as they were at odds with a rapidly expanding, middle-of-the-road state university. Garcia put his own stamp on the program, which has long been a vital center of gravity for Richmond’s rich, unique, local music scene.

As a performer, García has also "freelanced as a trombonist, bass trombonist, or pianist with over 70 nationally renowned artists, including Ella Fitzgerald, Doc Severinsen and Phil Collins," as a VCUNews story noted in 2021.

Garcia loved the job, but it was all-consuming. Last September, he told VCU he was stepping down from the demanding role to spend more time in his native New Orleans with his daughter’s family. He announced his decision and that this would be his final semester at VCU, via email this week. For the foreseeable future, he is remaining in Richmond.

When he first came to town for his job interview, he remembers being struck by the fact they were playing serious jazz as background music in local restaurants. “I’ve long said that there’s more art per square inch in Richmond than in any town its size,” he wrote in his farewell announcement.

Asked about his accomplishments in the role, Garcia is typically self-effacing.

“Everything is about the students,” he explains. “Our biggest achievement is helping them become leaders as performers, writers, producers, entrepreneurs, whether onstage or behind the scenes. We have a unique level of community engagement, social justices, and interdisciplinary work. And, hopefully, that will continue.”