"White Wedding" was filmed in Windsor Farms at the Virginia House. 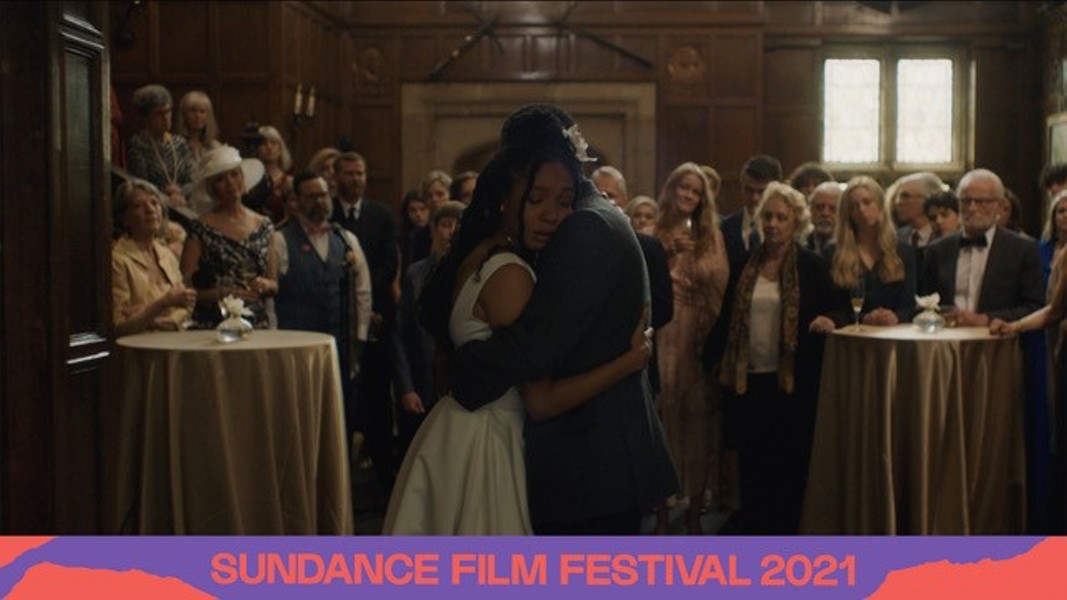 A still from "White Wedding," written and directed by native Richmonder Melody C. Roscher, who is based in Richmond and New York.

Filmmaker and native Richmonder Melody C. Roscher, known for producing indie films such as "Christine" and "James White," will have a new short, "White Wedding," premiering at the 2021 Sundance Film Festival.

The short, which she wrote and directed, was filmed last February at the Virginia House in Richmond. Located in Windsor Farms, the Virginia House formerly was an English manor house relocated to Richmond and rebuilt in 1925. It is now owned and operated by the Virginia Historical Society, the parent organization of the Virginia Museum of History and Culture.

Sundance's website listing for the film offers some description: "Amidst a racially tense Southern wedding, a biracial bride has the chance to confront her estranged Black father after accidentally hiring his wedding band to perform."

Roscher, who is based in New York and Richmond, is currently developing her feature length directorial debut, "Bird in Hand." She also was a line producer on the indie film "Martha Marcy May Marlene" and the acclaimed miniseries "The Jinx: The Life and Deaths of Robert Durst."

Here's a brief clip with her from Sundance: