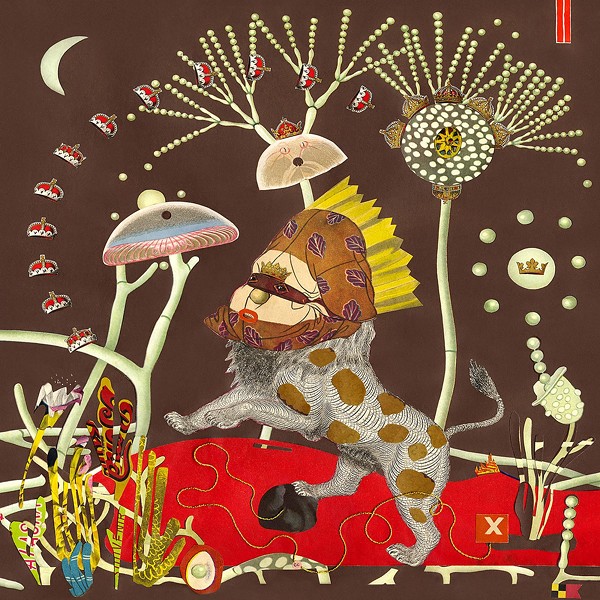 It seems the time has come for Richmond group Butcher Brown's timeless embrace of a half-century of jazz-funk.

The COVID lockdown suspended them at the brink of their breakthrough, with the band’s ambitions coiled down onto tape, compressed into digits. They’ve kept up their momentum with weekly “Mothership Monday” videos, many giving brief previews of their COVID-delayed major label debut, “King Butch [Concord].”

This album, originally scheduled for a Juneteenth release, is finally out on the same week that ESPN debuted the group's rework of Little Richard’s 1957 hit “Rip it Up” which is replacing Hank Williams Jr.’s “All My Rowdy Friends” as the new hype music for Monday Night Football. Butcher Brown keeps Richard’s spirited delivery on top and lays a full-bore party underneath with backing vocals, a dueling guitar sax solo, and transplanting a sample of one of the singer’s joyous whoops from deep in the song to the opening. 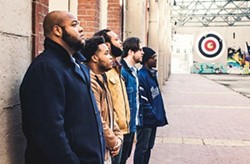 They recorded the track, and the rest of “#King Butch,” at Jellowstone Records, multi-instrumentalist Devonne Harris’s intimate full-house studio. A giant poster of Jimi Hendrix looks out over a full drum kit in the living room. The vocal booth is one bedroom, the engineering station another. It is as much a home as a home studio; most of the members have been roommates at one time or another.

The rhythmic axis of the band, Harris, bassist Andrew Jay Randazzo and world-touring drummer Corey Fonville has been friends for more than a decade. Rapper/saxophonist/trumpeter Marcus Tenney has contributed to almost every recording before officially joining. Guitarist Morgan Burrs, the youngest in the band, was a VCU freshman when the band recruited him in 2016. Everyone brings their ingredients to the collaborative cuisine, blending analog '60s-'70s soul-funk and up-to-the-minute hip hop beats.

“King Butch” intros with “Fonkadelica,” a brief, vivid evocation of classic Parliament/Funkadelic. Then takes the mic for a sound-check and the flow of the title cut, a tribute to the Jellowstone creative matrix.

The roller coaster A and B sections of the closing” “IDK”- i.e., “I don’t know”- captures the band at its peak of opportunity and apprehension.

It is a strong album. What happens next in this crazy era is anyone’s guess. But at very least, the soundtrack is enhanced.