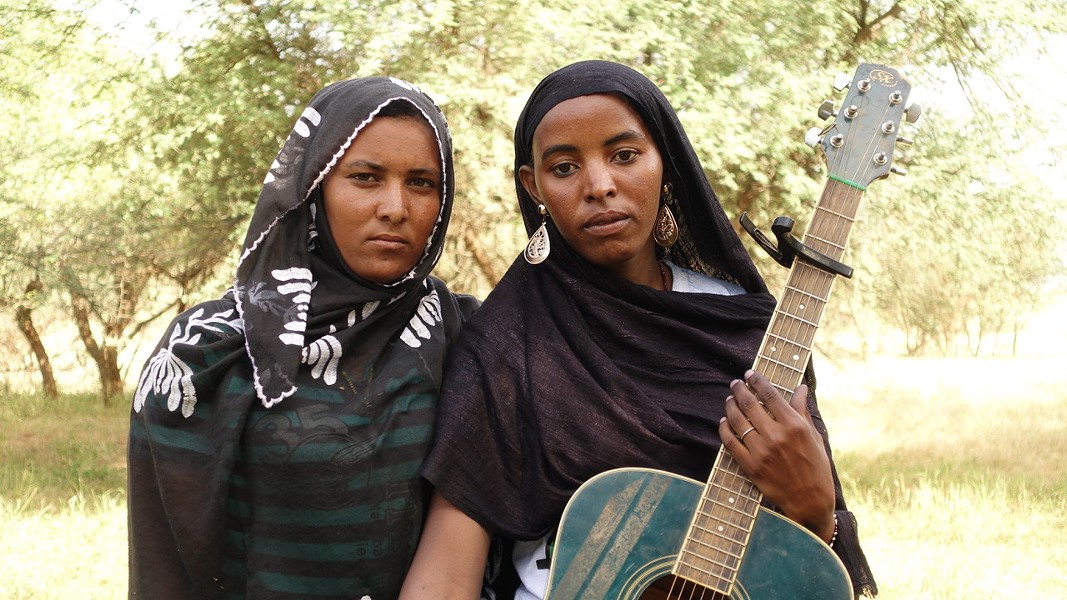 Les Filles de Illighadad perform Tuareg music at University of Richmond on Wednesday evening. Free and open to the public.

A nomadic people living in the Sahara Desert, these groundbreaking women musicians are known for their "tende," or mortar drum played with traditional folk guitar. Their hypnotic, softly sung songs are beautiful and quietly powerful, a pre-modern desert sound building through communal vocals, handclaps and percussion. The backbeat is a pounded calabash, a drum partly submerged in water.

In demand across the U.S. thanks to the explosion in interest around Tuareg guitar music, as well as the passionate work of Christopher Kirkley of Saheel Sounds who recorded them, the women are in the middle of a highly anticipated east coast tour. I'm betting former Richmond musician Jim Thomson is somehow involved, too (I sent him a message to find out).

Indeed, Richmond should count its lucky stars to get this amazing group at the International Center at University of Richmond on Wednesday, Sept. 18 at 7:30 p.m. Better yet, the show is free and open to the public.

From a press release:

Fatou Seidi Ghali, lead vocalist and performer of Les Filles de Illighadad is one of the only Tuareg female guitarists in Niger. Sneaking away with her older brother’s guitar, she taught herself to play. While Fatou’s role as the first female Tuareg guitarist is groundbreaking, it is just as interesting for her musical direction.

In a place where gender norms have created two divergent musics, Fatou and Les Filles de Illighadad are reasserting the role of tende in Tuareg guitar. In lieu of the djembe or the drum kit, Les Filles de Illighadad incorporate the traditional drum and the pounding calabash, half buried in water. The forgotten inspiration of Tuareg guitar, they are reclaiming its importance in the genre and reclaiming the music of tende.