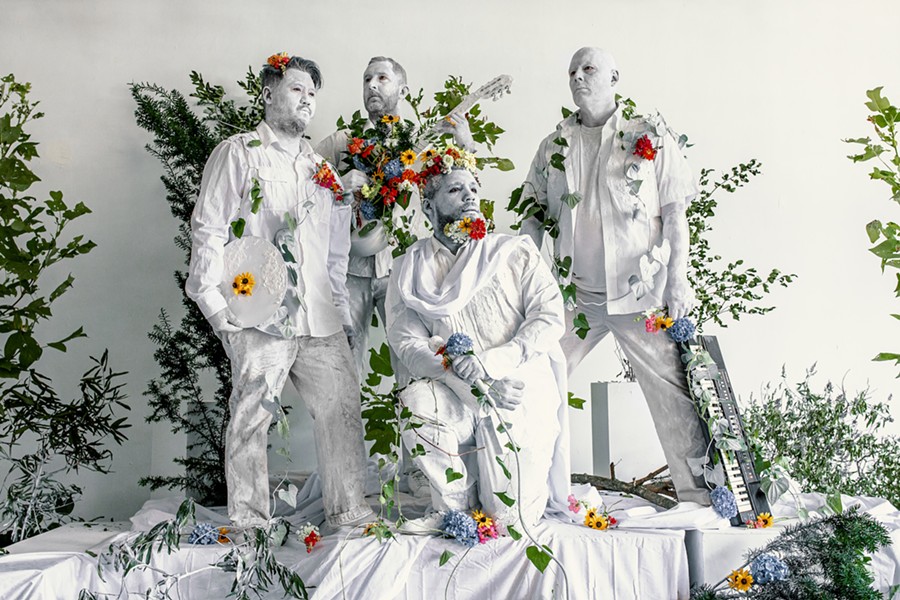 It’s been a long time coming, the band has been together for 11 years. According to an online biography, the band founders, lead vocalist BarCodez and guitarist/vocalist Joshua Bryant, connected via a Style Weekly ad.

Over that time, they’ve delivered some memorable cross-genre performances, released self-released a handful of EPs and singles, occasionally dropped out of sight and reappeared as if they had never been anywhere but right around the corner.

There is a lot of history that informs the deeply engaging “Apollogy,” an album whose title blends regret, the Moon missions, and myth in a single clever misspelling.

There are interconnections between songs, punning refrains- “Kiss my Asstrology”- and the blistering “No Rams,” whose closing refrain evolves from melodic regret to raw, desolate anger.

The plentiful surface pleasures in this album lead to depths that reward repeated listening.

The “Appollogy” release party is Saturday night, Sept. 7, at Fuzzy Cactus on Brookland Park Boulevard. DJ Set by Billy Nguyen. Show is at 9 p.m., admission is $10.