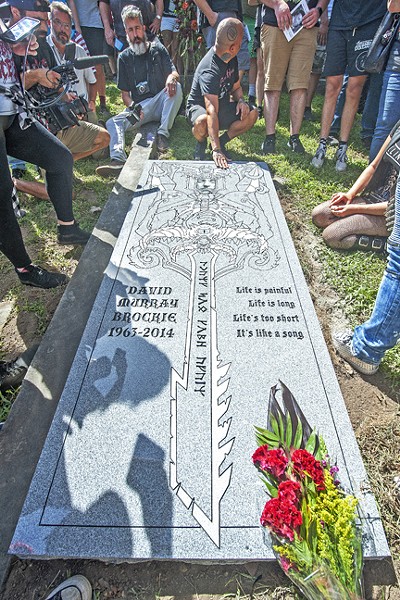 Today would've been David Brockie's 56th birthday, instead it was the day that his beautiful memorial marker was unveiled in Hollywood Cemetery.

The unforgettable lead singer of Gwar died on Sunday, March 23, 2014 from a heroin overdose. But he is still fondly remembered by thousands of fans and friends. His was a life filled with creating art and challenging the status quo.

Many locals and out-of-towners showed up to see his memorial unveiled on Confederate Avenue, near the entrance to Hollywood Cemetery.

"It's been way too long, five years in the coming," said Gwar band member Mike Derks. "We finally have a place to come remember Dave, so thanks everyone. Here it is."

A wee bit reminiscent of Han Solo encased in carbonite, the memorial features Brockie's human visage set within ornate Gwar artwork of his alien character, Oderus Urungus, next to the inscription of his lyric: "Life is painful/Life is long/Life's too short/It's like a song."

As current Gwar lead singer Michael Bishop (pictured below) told Style Weekly the night that Brockie died: "Dave was one of the funniest, smartest, most creative and energetic persons I've known ... He was brash sometimes, always crass, irreverent, he was hilarious in every way. But he was also deeply intelligent and interested in life, history, politics and art."

On Saturday, the celebration starts in earnest as Rawg (Gwar unmasked, or as they said online, the “cheapest available Gwar tribute act”) will perform a free show at GwarBar with a host of other heavy acts including Battlemaster, Occultist, Hewold and Enhailer (Ohio). Runs from 1 p.m. to 8 p.m. Free. 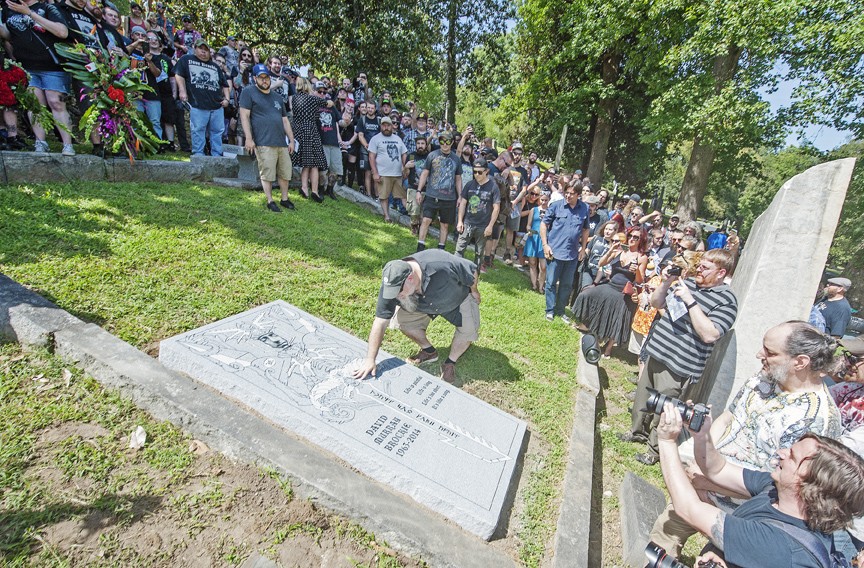