Interview: Legendary Saxman Maceo Parker Says It's All About The Love 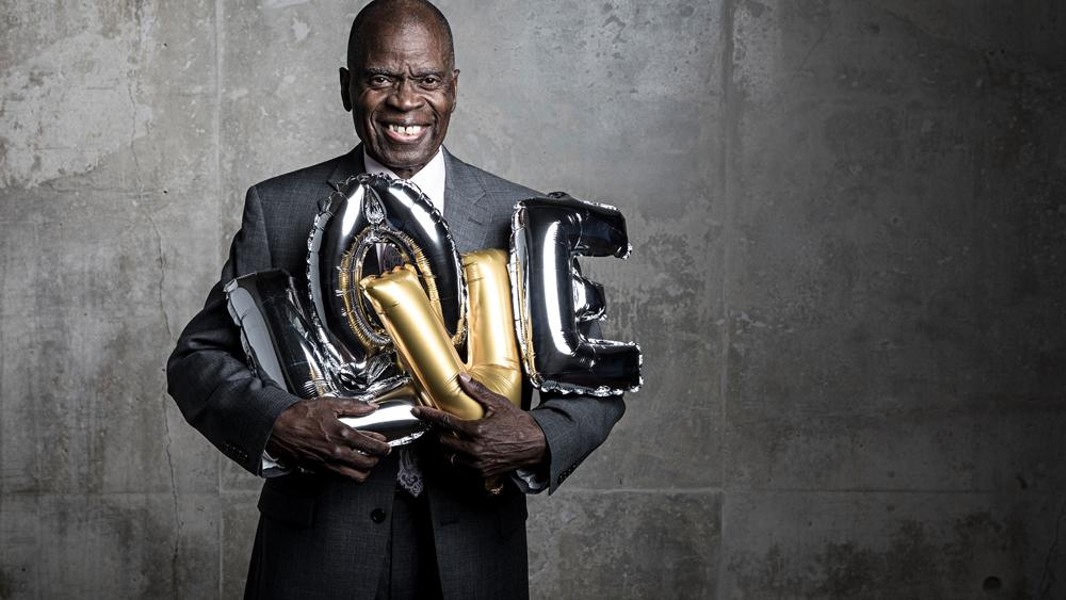 There is a slight possibility that there is someone, somewhere, as full of youthful enthusiasm and deep history as Maceo Parker, but don’t bet on it.

The 76-year old multi-saxophonist was present at the creation of funk, as a member of James Brown’s tightly disciplined 1960s band. He also played in arguably the peak ecstasy iteration of George Clinton’s wildly imaginative Parliament/Funkadelic. He’s collaborated with Prince, and countless others and led his bands for decades. But in Richmond on April 27, he’s channeling another soul hero, fronting the Ray Charles Orchestra and the Raelettes at the University of Richmond’s Modlin Center.

It all started with a rhyme. Parker was one of several saxophonists Brown took to a radio station to work out the classic “Papa’s Got a Brand New Bag.” Improvising lyrics over the groove, Brown hit upon the line “just want you to blow/Maceo.” More than a half-century later, Parker is still a bit amazed.

“That’s what started everything,” Parker says. “As his music went around the world, so did 'Maceo.' It opened a lot of doors for me. And if it ain’t broke, don’t fix it.”

If Brown demanded precision from his players, Clinton was the freewheeling opposite.

“Whatever happens, happens. He loved it, whatever it is. ‘Give me some more.’ Once before a show, he found a new long wig, took off everything but his shorts and t-shirt, wrapped a tablecloth around himself and said, ‘Let’s go.’"

In that era, a highlight of the show was the landing of the Mothership, a UFO model that swooped over the audience on a wire and then dropped full size from behind a curtain on the stage. “People would go crazy,” Parker remembers.

After playing with such strong personalities, Parker struck out on his own. At one point, he considered a high concept approach.

“I thought ‘Maceo Parker Plays Charlie Parker’ would look good on a marquee,” he says. “But I realized that might not be a such a good idea. Maybe somebody who plays jazz better than me, and was willing to woodshed, woodshed, woodshed [practice]. I am not much into that jazzy stuff. I’ve seen guys who can figure out how to be someone else. I had to figure out how to be me.”

And decades later, he is leading the band formed by a man he first met as a starstruck young sideman.

“I saw Ray Charles two or three times in college,” Parker says. “He was everything to us. I never thought I would work with the Ray Charles Orchestra as the man himself. Once, when I was in Europe with James Brown, Ray Charles was there too, and he allowed me to come onstage and play sax solos for some reason. I was always real crazy about [him] and the fact that I was in his dressing room, just he and I, and I am babbling away, but trying not to take too much of his time. It was like, golly boy, I wish someone could take a picture. That was one of the highest honors ever bestowed on me."

Parker continues: “I said, ‘I heard about how good your hearing is, that you can tell if someone is a little sharp or flat.” And he started laughing and said, “I bet you told your sax, ‘mother******, you better play well tonight!” And his head went way back, and his mouth was open, just like in all the pictures you see. I was in heaven.”

“I love it. I did an album called 'It’s All About Love.' That’s what the world needs. Everybody can end up doing what they love to do, every, everybody, there is no hate. Hate means there is rejection somewhere. But if what you do brings a smile to other people, that’s love."

“I can’t help it,” Parker confides. “I was born on Valentine’s Day."

"It's All About Love" starring Maceo Parker and featuring the Maceo Parker Big Band takes place on Saturday, April 27 at 7:30 p.m. at the Alice Jepson Theatre in the Modlin Center for the Arts at University of Richmond. $60.