Preview: Banda Magda at University of Richmond on Friday, March 8 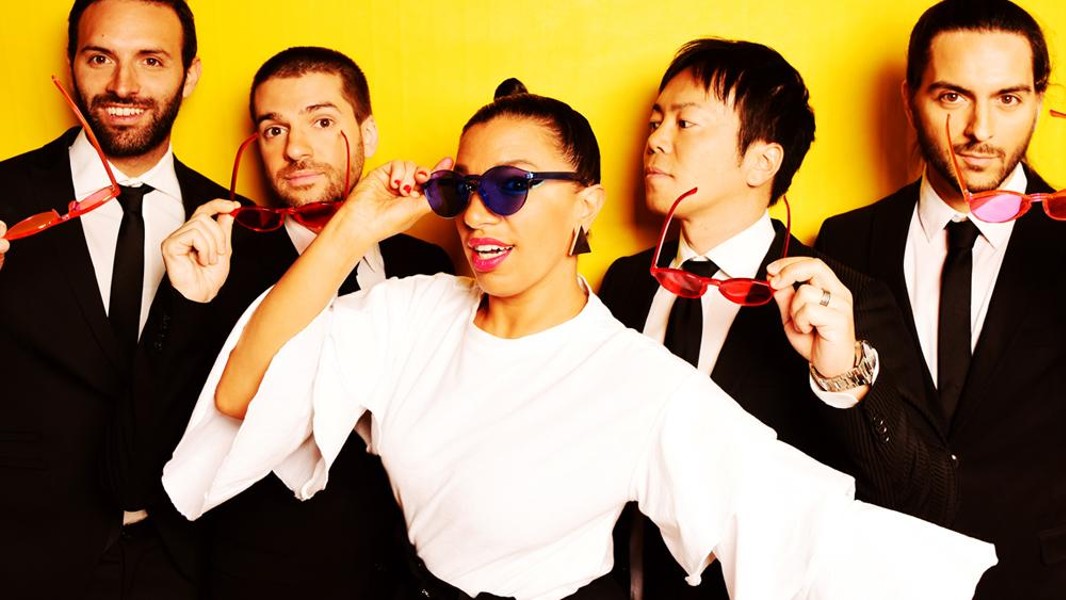 With a rotating lineup from at least nine countries and songs in six languages, Banda Magda is the Swiss army knife of world music.

The group coalesced in informal communal food and music gatherings among students at Boston’s Berklee College. Its organizer and namesake, Magda Giannikou, was studying film scoring after graduating from classical studies at the National Conservatory of Greece and additional studies at the Nakes Jazz School in her native Athens.

“It was my first time in a such a diverse environment,” Giannikou says. “My father was a music collector, with records of French chansons, Brazilian samba, Malian music. I grew up with all these sounds. When I met these people from all corners of the world, I found a sense of home.”

The various influences come together in their records in ways both familiar and bracingly original. At one moment quiet as a sigh, the next lush with cinematic strings or waves of percussive rhythm. The closest inadequate comparison is the stylistically omnivorous Brazilian Tropicalia.

Giannikou is a charismatic vocalist, shifting from style to style, language to language with a charming and assured intimacy.

“The point is to have influences and use them in a way that is unique and honest,” says Giannikou. “We aren’t trying to play perfectly, but to have respect for the cultures, internalize them, and have them effortlessly become part of our music.”

That vision links the cloud of 20-25 musicians of an extended group that includes five bassists and four drummers, who come together in varying configurations around Giannikou and Argentinian guitarist/band manager Ignacio Hernandez.

“He’s usually in all the shows,” Giannikou confides. “When he is not, everything collapses.” They’ve kept things together over the years at venues from Carnegie Hall to the Kennedy Center to WOMAD, the premier world music festival.

Even if the lineups shift, the band is founded on strong relationships. The players are all close friends with a long shared musical history, and an ethos of engagement.

“Our shows are very interactive,” Giannikou says. “You won’t know until you see us. You can’t tell from the recordings of videos. We work to create an environment where people feel comfort. Even if the songs are in different languages, the deep emotion comes through. It is more than just music, it is all a healing, transportive journey. Sometimes even the shyest will be singing along."

Banda Magda performs at the University of Richmond's Alice Jepson Theatre in the Modlin Center for the Arts on Friday, March 8 at 7:30 p.m. modlin.richmond.edu