Richmond Mayor Levar Stoney has shared on social media that he received a letter from former New York City Mayor David Dinkins on Nov. 21 "in support of renaming the Boulevard for Richmond great Arthur Ashe."

The proposed ordinance to rename the Boulevard, from Second District Councilwoman Kim Gray, was continued until the Dec. 18 meeting of the Land Use, Housing and Transportation standing committee. According to a Richmond Magazine article on this subject, "if the body votes to forward the proposal to the full council, it would not be considered until after the new year when the full chamber reconvenes for its Jan. 14, 2019, meeting."

On Facebook, Stoney first quoted from the Dinkins letter (see image below) and then shared his approval: “(Arthur) Ashe became a citizen of the world, and made unique contributions in the struggle for justice and equality for all people.” "For that we should do everything in our power to honor his legacy," Stoney wrote.

The letter from New York did misspell Stoney's name, though. 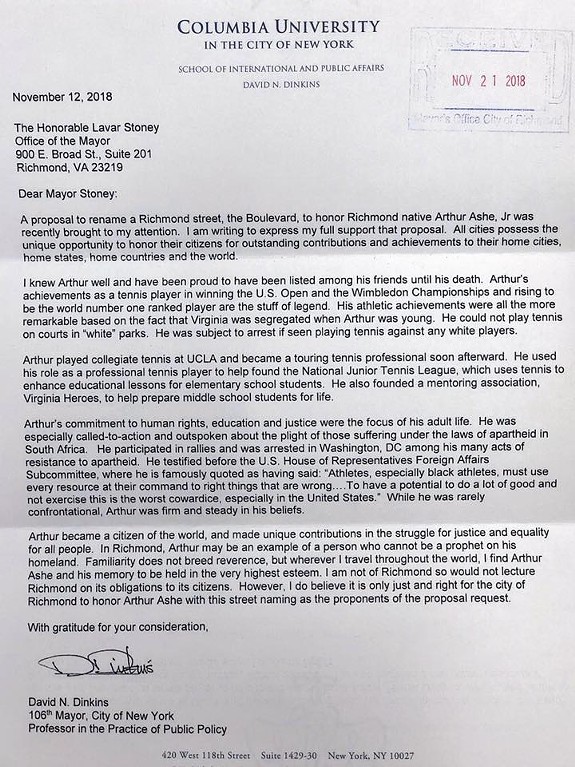 Style ran an opinion piece by Carol A.O. Wolf in favor of the renaming last month. You can read that here.