Richmond Native's Book Snatched Up By Reese Witherspoon For Film

Update: Author says exhibit which inspired the book is coming to Richmond. 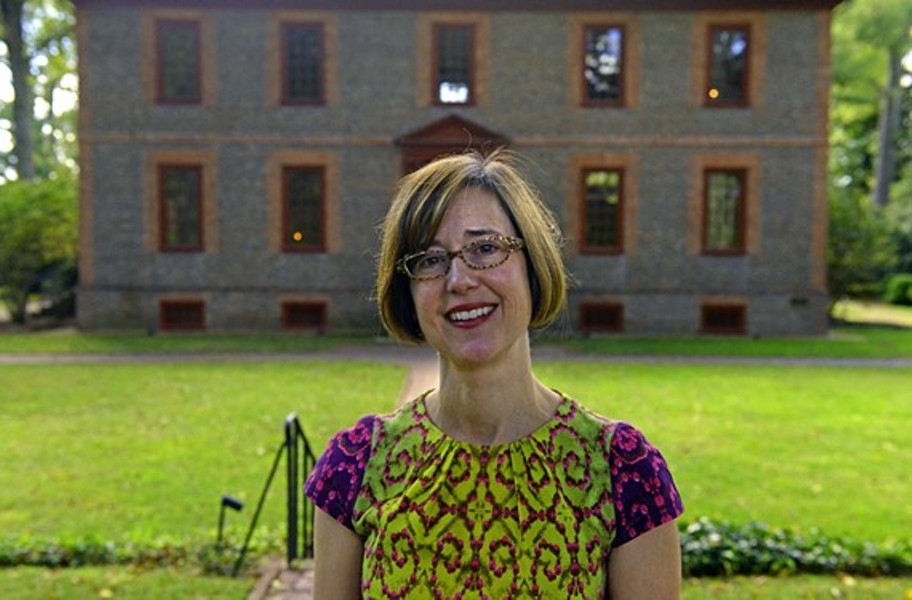 Author and museum educator, Heath Lee, grew up in Richmond and now lives in Roanoke with her family.

According to the Hollywood Reporter, actress Reese Witherspoon's shop Hello Sunshine has optioned the film rights to an upcoming book "The League of Wives" written by Richmond-raised author Heath Lee.

Lee, who graduated from St. Catherine's School and the University of Virginia, wrote the book about a collective of women who came together as lobbyists after their husbands were captured in Vietnam. It is scheduled to be published by St. Martin's Press in April 2019.

According to her bio, Lee has worked as a museum educator around the country and now lives in Roanoke with her family. In fact, the book was inspired by a League of Wives museum exhibit that Lee says is coming to Richmond.

“I’m so thrilled and pleased that Reese and Hello Sunshine saw the value in this story," Lee says by e-mail to Style. "These ladies in the 'League of Wives' need their place in the history books! Between the book and the film and the museum exhibit I can give them the biggest platform possible so everyone is aware of their amazing story.” She adds that hometown girl Phyllis Galanti is involved as well as Jane Deton and Louise Mulligan of Virginia Beach.

Lee notes that the League of Wives museum exhibit will premiere at the Virginia Museum of History and Culture on March 2.

Here's some more from the Hollywood Reporter on what's it about.

The book tells of a group of women — wives of military men who would never describe themselves as feminists — that banded together to save their husbands. When their fighter pilot husbands were shot down, captured and imprisoned for years under deplorable conditions during the Vietnam War, the group of well-educated military wives transformed into a league of take-charge lobbyists, human rights activists and even spies determined to do everything in their power to bring their POW and MIA spouses home. By 1973, the group had brought back 115 men.

“At Hello Sunshine, we strive to showcase brave, brilliant female characters, and the women of League of Wives are all of that and more,” Witherspoon, who will produce with Hello Sunshine exec Lauren Levy Neustadter, said Wednesday in a statement. “From the minute I heard about this inspiring true story, I knew it was a perfect fit for us. I’m excited to be partnering with the team at Fox 2000 to bring this special book to life onscreen, and to be giving audiences a glimpse at this meaningful moment in American history.”

The complete title of the book is "The League of Wives: The Untold Story of the Women Who Took on the President, the Pentagon and the Rest of the US Government to Bring Their Husbands Home."