Richmond-based composer and trumpeter's "Mask" is a surprise-laden blast. 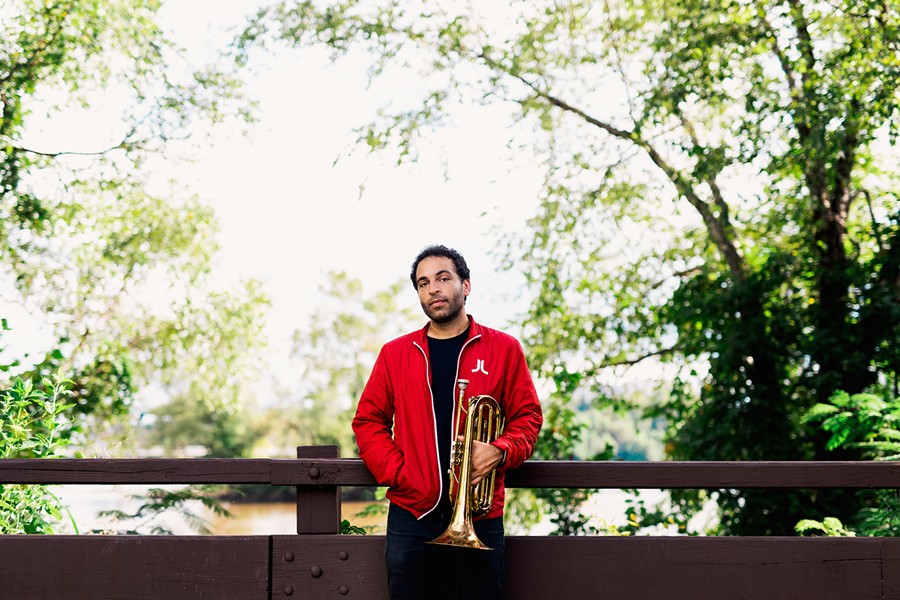 From his bio: "David Dominique is a composer, performer and music theorist living in Richmond, VA by way of Los Angeles, Boston, and New York, though not necessarily in that order. His compositional output includes contemporary chamber music, jazz, electroacoustic music, installation, rock and theater."

There are straight-ahead Mingus-inflected sections, fluidly changing time, and spicy bits of acerbic punkish cacophony, all integrated into an almost classically discipline architecture.

The marketing narrative explains that these pieces were created in a period of tragedy and loss, which explains the cathartic intensity although it short-changes the frequently almost goofy cheeriness of the result. There is no way to reverse-engineer this music back to grief.

In the time that he has been in Richmond, Dominique has been a regular presence, not only at jazz performances, but at punk and noise shows. His omnivorous taste is reflected in the music, which has the energy and range of NYCs ‘90s downtown music scene, albeit with a bit more Zappa-esque rock and roll muscle.

He’ll be performing this music with a stellar band, including RVA stalwarts, guitarist Scott Burton and trumpeter Victor Haskins at Little Dumbo, the new South 15th Street club that is a promising semi-expansion of the Black Iris’s adventurous approach.