Free screening of documentary on Nov. 5, performance on Nov. 14. 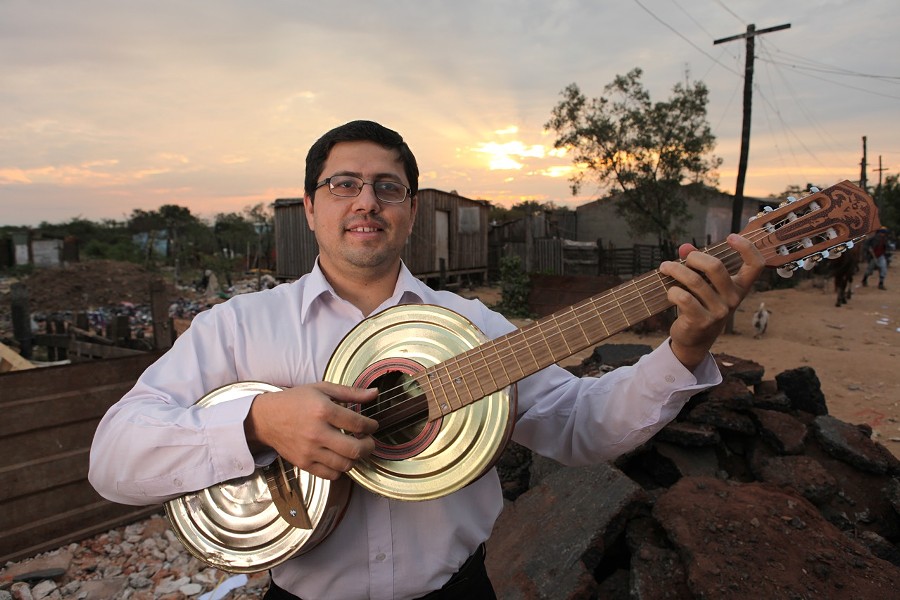 With drum heads constructed of tape and x-ray film, steel drum cellos, and tin violins with hand-carved necks. It’s not the New York Philharmonic- and if it were there would be a rush to replace million-dollar Stradivariuses- but that is not really the point. Their performances are a triumph of spirit and dedication over material limitations.

The Steward School has two events celebrating the band. On Monday, Nov. 5, there is a free showing at 7 p.m. of “Landfill Harmonic”, an award-winning 2015 documentary about the ensemble. Nine days later, on Nov. 14, the orchestra’s founder/director Favio Chávez and filmmaker Juliana Penaranda-Loftus take part in the school’s Bryan Innovation Lab Visiting Innovator Program. In the morning they will give a talk and performance, featuring some of the children in the ensemble. In the afternoon they will take part in a Music Maker fair, where both adults and students will have the opportunity to craft their own instruments.

Stay tuned for more on the event in Style Weekly.