Release party to be held this Friday, Sept 28 at the Camel. 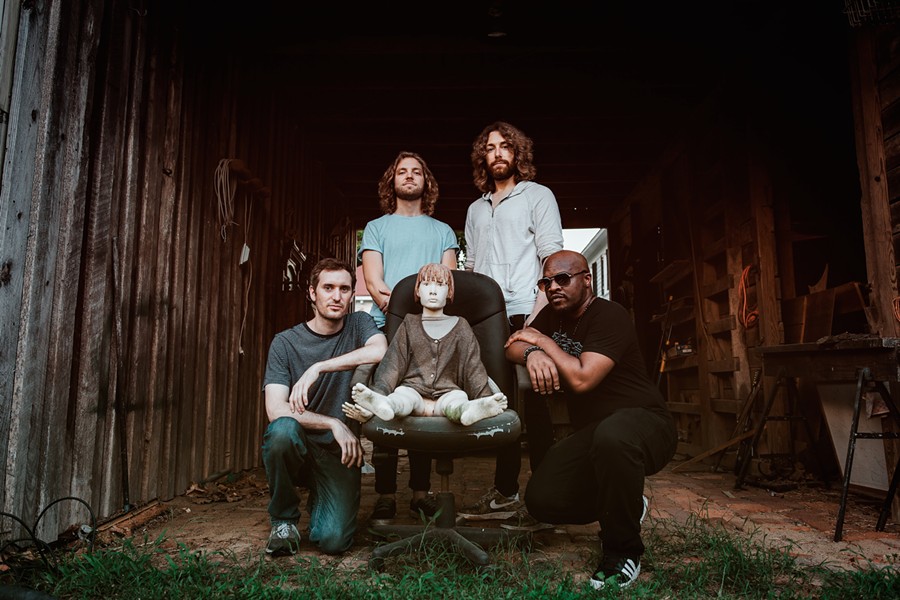 Joey Wharton The members of the Mekong Xpress, known for their Monday night gig at the Answer pub, have an album release party this Friday at the Camel.

The first challenge is keeping the Mekongs straight. There is the West Broad Street Vietnamese restaurant, whose ebullient manager, Belgian-ale connoisseur manager An “Mekong” Bui transformed into “the top beer bar in America” for three years straight. And there is the Mekong Xpress, the group of musicians who hung out at the restaurant on Monday nights that he talked into becoming his house band.

That jam session solidified into the current band, which still plays every Monday night at Bui’s cleverly eponymous next-door brew pub, the Answer. It’s a loose gig, with a roughly 9:30 p.m. starting time, a somewhat flexible lineup, and songs called from the stage rather than a pre-determined playlist. Also, there is beer, a literally dizzying variety of craft brews flowing from dozens of taps.

That looseness gives a humanistic edge to the disciplined polish of “Common Knowledge” [Egghunt Records], their debut recording. The overall sound has a classic mid-'70s feel, somewhere in a sonic landscape where early Hall and Oates, Earth Wind and Fire, and The Headhunters overlap.

“That was the height of the tape era,” says bassist Todd Herrington. “Early solid state boards, everyone was isolating and close-miking so you could really hear the instruments.” Chasing that sound, they ran one song through analog recording twice, to round off the edges with tape’s natural compression.

That the multi-instrumentalist Harris as well as singer Sam Reed make guest appearances is natural, given the how deeply intertwined the Mekong Xpress is in the RVA band tangle. Drummer Kelli Strawbridge leads Kings and channels James Brown in the Big Payback. Herrington, a longtime member of the D.J. Williams Projeckt, also plays in Payback and has been touring with Chris Jacobs. Keyboardist Ben “Wolfe” White is about to tour Europe with the Trongone Band. Guitarist Andrew Rapisardo also plays with Payback as well as Thorp Jenson and Ricky Shay, as well as being a partner at Custom Sign Shop- whose Boulevard location is the band’s practice space.

The other half of the band, The Get Fresh Horns,” includes saxophonist J.C. Kuhl [Agents of Good Roots] and three members of Bio Ritmo: trumpeter Bob Miller, trombonist Toby Whittaker, and, when he is not jetting around the world as a Latin music superstar percussionist, Hector Barez.

Conflicting obligations make scheduling time to perform together challenging. One of the goals of the new record is to reach enough ears to justify suspending other activities to hit the road together. Although positioned as a quartet for tour budgeting reasons, the ideal band is all eight players.

“We just need to find an audience big enough that the Get Fresh Horns get to come along,” Herrington says.

The album has been years in the making, with the first session at Montrose Studios in the winter of 2014 and later sessions when everyone was available. Some of the songs were carefully orchestrated, planned out line by line. Others are “Custom Sign Shop” grooves with lyrics added by whoever was singing them. Or not, in the case of two funk fusion instrumentals.

Talking about the album in the upstairs room at the Answer, the band reflected on how the album came together. The Steely Dan-like opener, “Light On,” is overtly about how they work together. An epic keyboard contribution by guest star Harris was cut back to a few well-placed notes. The catchy, west coast-tinged “Canyon Road” at first seems to be a tribute to the studio-lined street that runs through the arts district of Santa Fe, NM. But writer Wolfe has never been there.

“Originally the lyric was ‘Can’t Unload’,” he admits. “Nobody wants that.”

J.C. Kuhl accidentally recorded a baritone sax solo over what was supposed to be White’s Wurlitzer workout. Forced the choose between the two, the band kept both. Bob Miller was drop-down tired when he recorded the final solo on “Find Yourself,” at the end you can hear him say, “Something like that.” The studio forces discipline and structure absent from their weekly Answer gig.

The release party at the Camel should be something in-between, the looseness remains but there are a set of songs to cover. The Mekong Xpress’s charm is that they are both focused and open, crisply modern and totally broken-in. The secret, if there is one, is trust formed over years on the bandstand.

“You have to just let go and do the best you can,” says Rapisardo. “And sometimes it comes out awesome.”