Band will be turning it into a Gwar pop-up bar until Halloween. 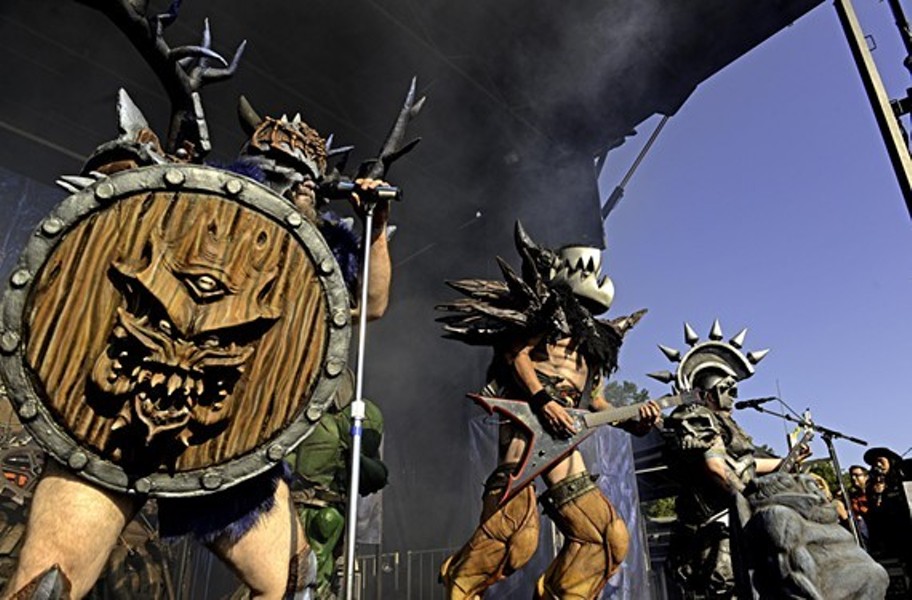 Scott Elmquist Gwar running wild live from the mainstage at Gwar-B-Q a few years back.

The Washingtonian ran a story today that announced that Richmond's own metal institution Gwar will be appearing in Washington on Sept.6 for the sole purpose of destroying a Rick-and-Morty-themed bar that was shut down after legal threats from an animated company.

Here's more from the article:

The theatrical heavy metal band, known for grotesque costumes and gratuitous fake blood, will wreak havoc on the Shaw bar on Thursday, Sept. 6. “They’re going to come in and kick some things around, and break some things, and let Gwar be Gwar,” says Drink Company President Derek Brown, a longtime fan. “We just want to make sure we follow the letter of the law.” (Stay tuned—there will be a video.)

That evening at 5 PM, one section of the three-bar space will reopen as Gwar PUB (Pop-Up Bar), featuring more than 30 years of the Richmond-based band’s real-life stage props and costumes. Not familiar with Gwar? “It’s a kind of sci-fi, horror, comedy show with metal and a touch of Damien Hirst,” Brown explains. Members of the band will make cameos on opening night. The pop-up will run through Oct. 31, when there will be a special Gwar Halloween party.