Will join Larry Sabato in conversation after "Charlottesville" doc premiere. 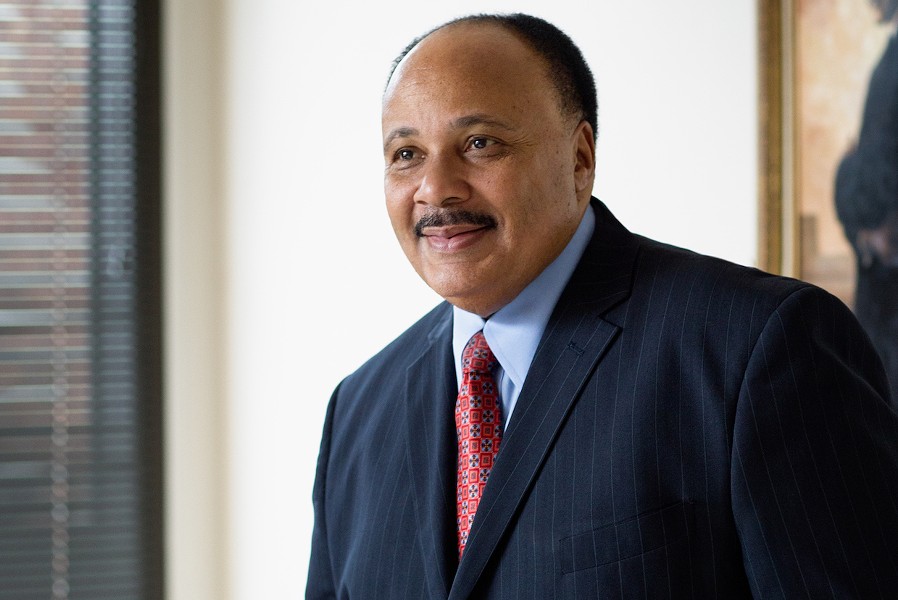 Martin Luther King III will hold a conversation with Larry Sabato after the screening of the two-hour documentary, "Charlottesville."

The eldest son of Rev. Dr. Martin Luther King Jr. will be a special guest speaker at this year's Virginia Film Festival being held from Thursday, Nov. 1 through Sunday, Nov. 4 in Charlottesville at various locations.

Martin Luther King III is scheduled to speak after a national premiere of "Charlottesville," a two-hour documentary from the University of Virginia's Center for Politics and Community Idea Stations, with major funding through the Virginia Foundation for Public Media.

The documentary covers the national tragedy that occurred in August of last year featuring firsthand accounts. Afterward, King will be joined by the center's director, well-known political analyst Larry Sabato, in conversation.

A lifelong civil rights activist, King served as the fourth president of the Southern Christian Leadership Conference in the late 1990s. He was 10 when his famous father was assassinated in Memphis.

The VFF is the largest film festival in the state and this year it will feature more than 150 films and 100 guests (guests have included names such as Werner Herzog, Spike Lee, Danny McBride and Meg Ryan). This year's program is being launched on Oct. 2, with full details on Oct. 4, and tickets on sale to the public on Oct. 8. (Newbie Tip: If you plan on attending and staying the weekend, you should already have started booking rooms.)

The "Charlottesville" documentary will be one of the hottest tickets, but if you can't make it to the festival you'll still have a chance to see the special aired nationally on PBS stations. Until now, a short VICE news segment has probably been the definitive doc on the tragedy, but that could change with this effort.