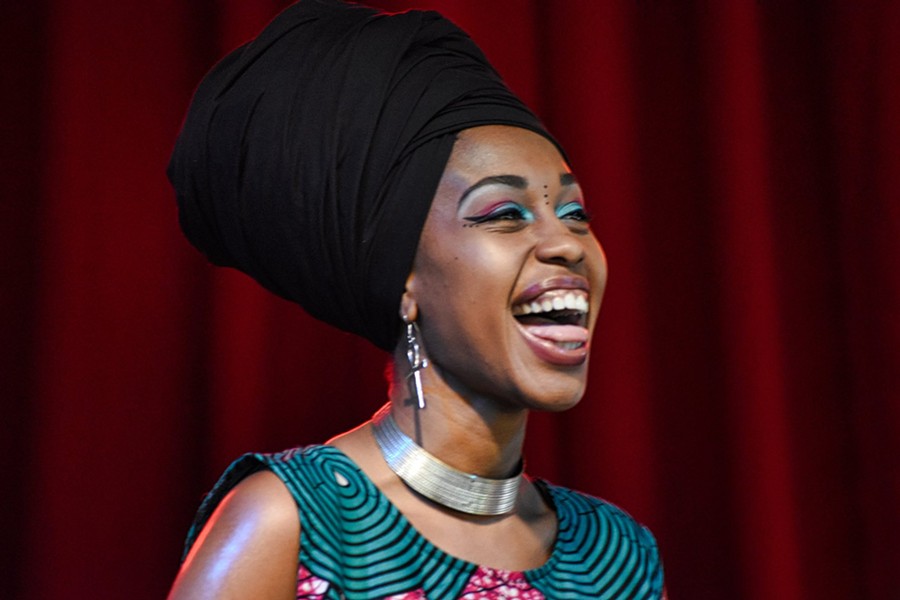 Peter McElhinney Singer Jazzmeia Horn was a revelation with a set full of vocal pyrotechnics, charisma, and a seriousness of purpose reminiscent of Rene Marie.

“Other than that, Mrs. Lincoln, how did you like the play?”

There were a lot of good, and some spectacular performances at the ninth annual Richmond Jazz Festival before the closing Sunday sets were washed out in a torrential thunderstorm. (According to Festival organizers JMI, discounted tickets for either day of next year’s event will be offered to qualified Sunday ticketholders. Details will be posted at www.richmondjazzfestival.com.)

Saturday was the festival at its sun-bleached best, from the local openers to the over-the-top closing set from George Clinton and Parliament Funkadelic. 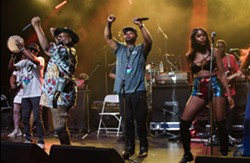 Stage 3 was, as always, the most jazz-centric with phenomenal pianist Christian Sands, Kenyon Harrold, the very loud avant-garde trio, Harriet Tubman: The Band, and veteran Roy Ayers, whose signature song “Everybody Loves the Sunshine” was perhaps less true of an audience seeking shelter in an air-conditioned tent.

The big Virginia is for Lovers stage held a succession of celebrities: Joss Stone, Gladys Knight, and the O’Jays. All had polished, crowd-pleasing sets, but nothing like the ecstatic, one-of-a-kind weirdness of P-Funk. Seeing Knight was an event, being at the George Clinton stage was a happening.

There were, no doubt, notable things going on at other stages, but a densely-sequenced event involves tough decisions. The toughest on Sunday was around 5, when Red Baraat, Ladysmith Black Mambazo, and Kurt Elling were all scheduled to start. Instead, a line of storms blasted in. Maymont was evacuated after at least one in-park lightning strike.

Not quite the electrifying conclusion the organizers were hoping for, but those who missed out are promised a head start on next year’s event.