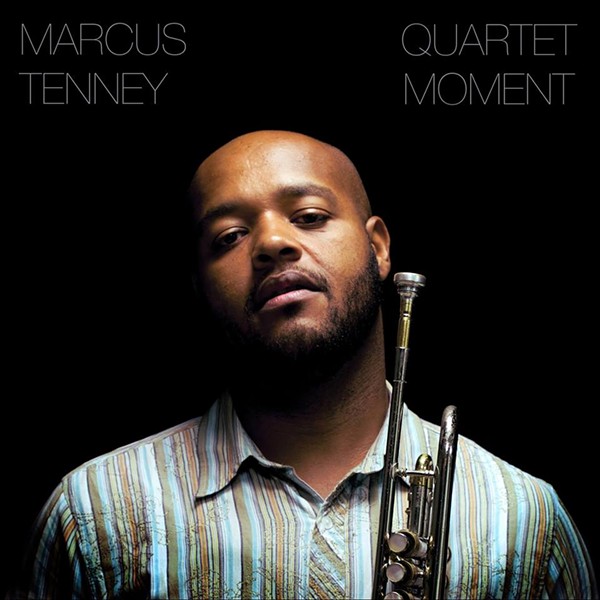 Tonight, Marcus Tenney debuts his new recording at Vagabond, next to the National.

Tenney (NoBS! Brass, Butcher Brown) is a triple threat, highly accomplished on trumpet, tenor sax and microphone as a soulfully gruff rapper. But it is all trumpet on this recording, backed by bassist Andrew Randazzo (Butcher Brown), guitarist Alan Parker (Matthew E. White, Natalie Prass), and drummer Billy Williams (who plays in a host of national jazz acts.)

The four songs on the 28-minute recording are alternately classic and bluesy. Tenney’s themes are simple enough to be remembered yet rich enough to support adventurous soloing.

The setting is intimate and informal, literally starting with someone clearing their throat. The title is accurate, it is a snapshot of the artist at a very specific juncture in his career, still grounded at home but starting to reach a far wider audience.

The music is available via streaming services or as a cassette tape for those with a taste for retro sonics. Or you could catch it live tonight, downstairs in the Vagabond's Rabbit Hole, free admission, starting at 9 p.m.