Video: Check out the latest from Angelica Garcia

Garcia and Lobo Marino perform this Thursday at Valentine's Music in the Garden; plus a cool show at Black Iris. 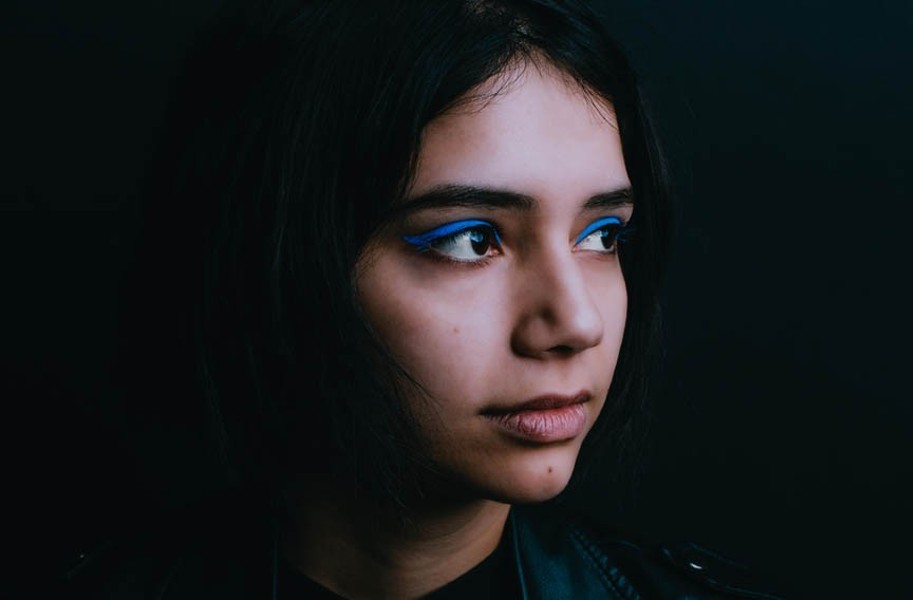 One of the most naturally gifted musicians on the local scene, Angelica Garcia has released a new video, done by veteran videographer Nate Griffith.

The festive song, "Karma the Knife," shows off Garcia's genre-bending skills and her obvious vocal talents and lyric-writing chops. Just from this one song, it's clear that she's willing to experiment with various styles and that she could go in damn near any direction she pleases in the future. Also, this young woman may have the sweetest collection of boots in town. My god.

You might recall from previous media coverage that Garcia, a California native, scored a Warner Brothers deal for her first, well-received album. Or that her stepdad, who was a music manager associated with Los Lobos and Dwight Yoakam, taught her all about good musical influences at an early age -- and it definitely shows. Here's an article the New York Times did on her back in 2016.

If you'd like to check out this gem of a performer live, you can catch Angelica Garcia and the great duo Lobo Marino performing at the Valentine's 2018 Music in the Garden series on Thursday, June 14 from 6 to 8 p.m.

According to a press release from the Valentine, "Music in the Garden is a free, family-friendly concert series that pairs musicians of different genres and encourages diverse audiences to come together in the beautiful Valentine Garden. Admission to the garden and the Valentine Museum are both free during the event. Wine and local beer will be on sale and Garnett's at the Valentine will be open. Note: The final entry in the series on Thursday, June 21 will include performances by Dave Watkins and the Prabir Mehta Trio.

Also that night, Black Iris is hosting a cool show with State Champ (solo) from Kentucky and Pirahna Rama, an awesome band of local music studs that has included Garcia in recent shows. Here's what Style contributor James Toth (Wooden Wand) had to say on Black Iris' page about that show:

Spend some time in Louisville, Kentucky and you will find it is one of the most unassumingly strange places in America. The ratio of grown folks to millennials in attendance at any rock gig seems roughly 3:1. Such events take place in places like caves and chicken coops, among other nontraditional venues. Hip, transgressive people don't seem to outgrow hip, transgressive things here; no one seems very eager to settle for a life less weird.

Singer and head honcho Ryan Davis is a sharp, astute lyricist, the kind of songwriter who probably gets tired of people asking him why he doesn't try his hand at short story writing. Indeed, Fantasy Error's depictions of postmasters and county coroners, Dickensian drinkers and "teardrop pushers" are as vivid as they are familiar, sung with the conviction of a Drag City-damaged Chris Knight.