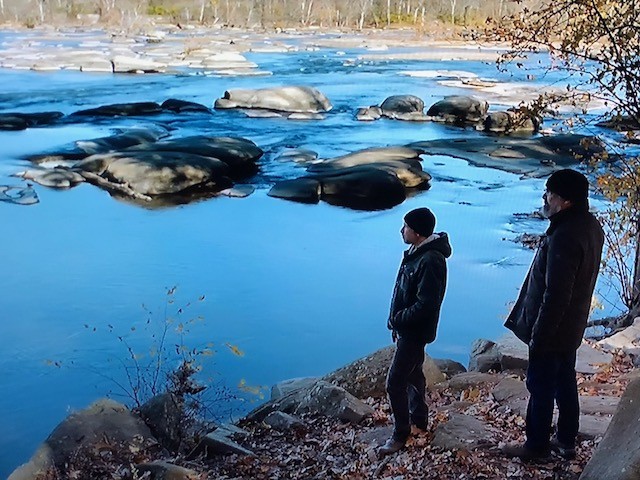 Did anyone see “Homeland” episode five on Showtime last night? Richmond was everywhere, people, as it has been since the first episode.

So far season seven is the show’s best in years, thanks in part to the writers’ return to the original, slow-burning procedural formula of the espionage thriller, as well as a focus on domestic terrorism issues that feels timely. Also we’re thankful that main character Carrie Mathison, played by Claire Danes, isn’t having crying jags every episode. Instead, she’s back to her badass ways, popping anti-psychotic pills and beating pervs with batons (not a lot of canned jazz music, though).

Richmond really feels like a character, even though its often standing in for DC: In terms of exposure, we can’t think of any other movies or television shows created here that have featured as many familiar RVA locations – and we’re not even half way through yet. They’re even talking about Richmond on the show.

During last night’s show, a memorial for local militants killed in a standoff with FBI is held at St. Paul’s in Richmond, with a rally to be held afterward at the state capitol. Actor and RPG drummer Mike Marunde has a line in the memorial scene, where he says “Hey, nobody wants you here” to the wife of a slain FBI agent.

Just before that, there’s a beautiful riverside walk with Pony Pasture standing in for Hoback, Wyoming. Hm. And we won’t even go into all the Fan locations.

Check out a few screen grabs from last night’s show: