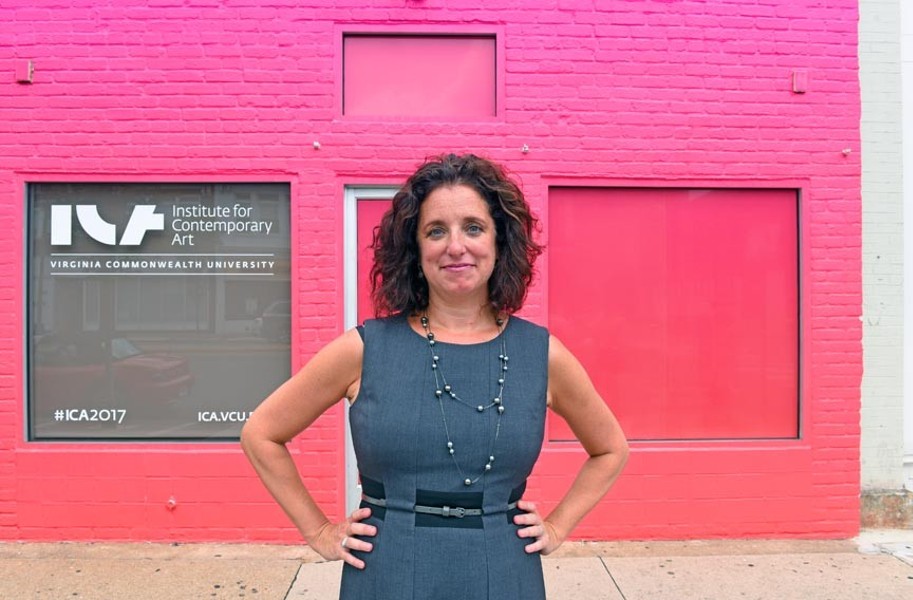 Lisa Freiman has left her job as executive director of the Institute for Contemporary Art to return to scholarly work.

Lisa Freiman, executive director for Virginia Commonwealth University's Institute for Contemporary Art, is no longer in her position.

According to a news release sent out to news media today, Freiman decided to "return to her scholarly roots," just before the major new museum is scheduled to open on April 21, with its inaugural exhibition, Declaration (co-curated by Freiman).

Involved since the beginning in 2013, Freiman is no longer listed as staff on the ICA's website.

"We at the ICA want to express our deepest gratitude to Dr. Freiman for her passion, her guidance, and her leadership throughout these last five years," read the release. "We wish her the very best of luck in her adventures to come."

When Freiman began, she was able to virtually handpick her staff, according to some close to the organization. Since then, there has been significant turnover in the staff employees she hired, including the loss of inaugural curator, Lauren Ross, who left "not by choice," she told Style last month.

When asked about the turnover last month, Freiman told Style by email: "The ICA team is firing on all cylinders as we prepare for our opening on April 21, 2018, and we will soon be announcing some exciting new appointments. As with all organizations, we are nothing without our people."

Pamela DiSalvo Lepley, vice president for university relations, notes that the ICA was scheduled to open last fall, and that Freiman put a number of projects on hold that she planned to complete after the original opening.

"She now feels all is in place for a successful opening with the completion of the capital campaign, launch of the endowment campaign, a dynamic roster of exhibitions and programs set for the opening and beyond," Lepley says via e-mail. "And, as she says in the statement, she has assembled a great curatorial and administrative team that leaves the ICA in good hands and enables her to focus on her scholarly work at VCU."

Style wrote a cover feature about the build-up of the museum in August of 2016. The institute has completed its initial capital campaign of $37 million and launched an endowment campaign with a $12 million goal.