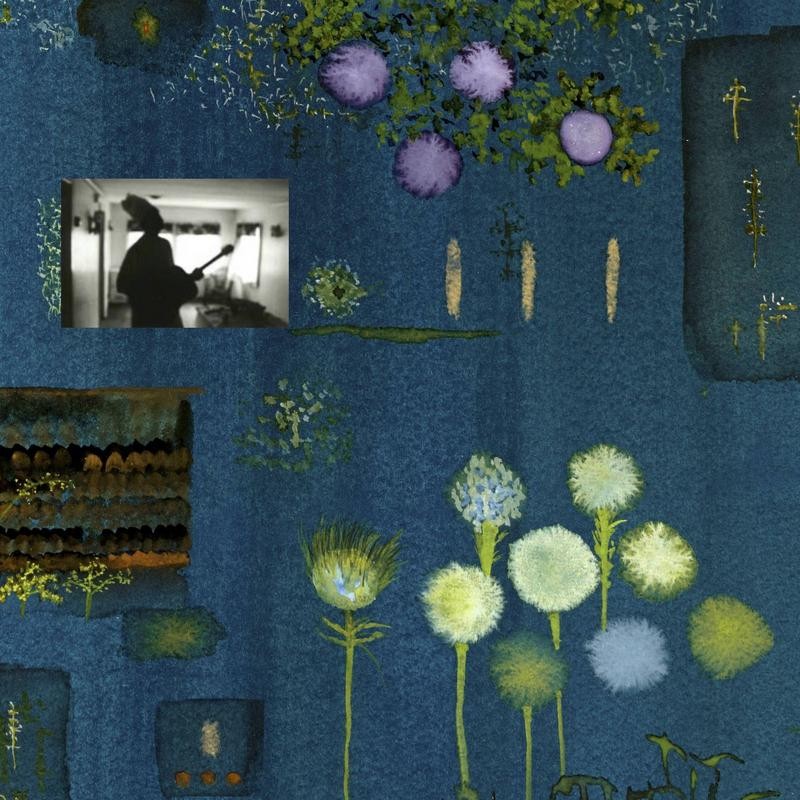 “Marvin Pontiac – The Asylum Tapes” closes out 2017 on a bluesy, surreal, darkly humorous and nakedly personal note -- or at least as personal as a fictitious character can be.

Pontiac’s 2000 debut, “The Legendary Marvin Pontiac,” introduced him as an half-Jewish/half-Malian musician, whose brilliant voice was stifled by institutionalization for insanity, and silenced in a 1977 bus accident. His work was unknown, except to a swarm of A-list musicians including David Bowie, Leonard Cohen, and Beck, whose straight-faced, lavish praise accompanied blurry photos of the artist in attractive but mysterious packaging.

Behind it all was John Lurie, saxophonist founder of the Lounge Lizards, a “punk-jazz” band with stellar players and a strong compositional voice. Lurie went on to star in independent films (“Down by Law,” “The Last Temptation of Christ”) and create and host of what is easily the best show about fishing for people who don’t fish. (“Fishing with John.”) Despite an established following, Lurie’s name was nowhere on the packaging of the first “Marvin Pontiac,” although his utterly distinctive vocals gave the game away with the first song.

Then came 17 years of silence. Lurie came down with neurological Lyme disease, making playing saxophone impossible. With his musical expression cut off, Lurie started yet another career as a painter of idiosyncratic works of startling beauty with perfect titles: “The Invention of Animals,” “The Spirits Are Trying to Tell Me Something but It’s Really [Expletive] Vague.” The success of the paintings, including “Bear Surprise” which became a huge, unlikely meme in Russia, were the vehicle for Lurie’s gradual reemergence. He started doing rare Q&A appearances for theater showings of “Fishing with John.” His friends and former sidemen staged a series of tribute concerts in 2014.

But nothing musical from the man himself until the recent release of “The Asylum Tapes.” Again, it is a model of faux authenticity, billed as recorded at the “Esmerelda State Mental Institution” on an anonymously-donated 4-track tape deck. On the surface, it is a seamless continuation of the serious/not-serious 2000 project. But, informed by two challenging decades, this edition is darker, funnier, and even more true to the lone outsider concept than the first album.

The songs are mostly miniatures, often clocking in under two minutes, with stripped-down, often multi-tracked voice, harmonica, and banjo. The lyrics have the roots integrity of Delta Blues, often rustic, sometimes profound, illuminated with lightning flashes of unexpected humor.

Like Captain Beefheart’s legendary “Trout Mask Replica,” the “Asylum Years” is at once innocent and smart, primitive, and canny, the musical analog of Lurie’s strange and beautiful paintings.

You can find links to purchase the album here.