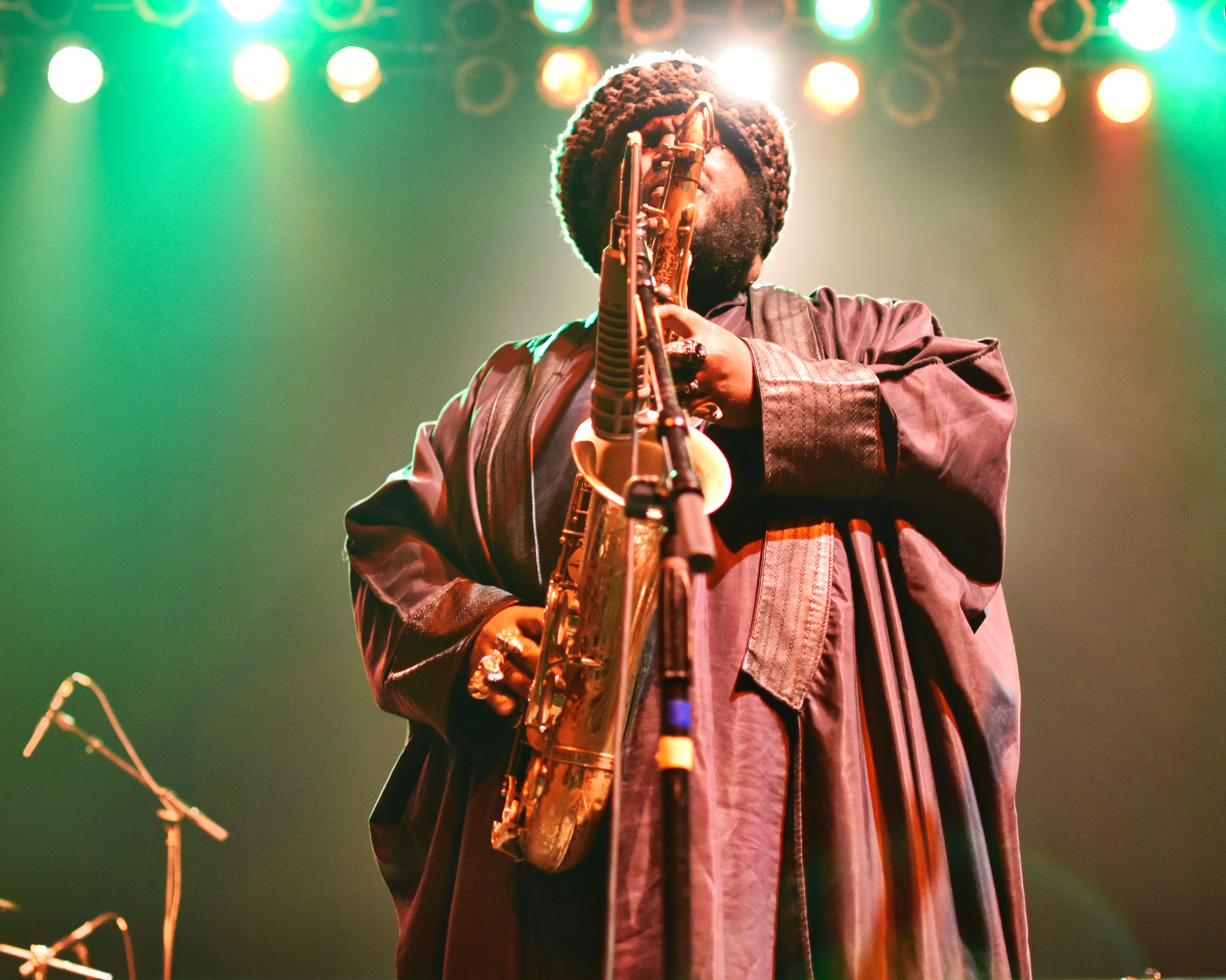 Who says that jazz is dead?

Kamasi Washington may package his music with rock-and-roll elan, and ensure rhythmic connection with paired drummers, but the music he played at the National on Friday, Dec. 1 was rooted in the acoustic tradition. (The only electric instruments were keyboards and most of the bass.)

While Washington is often compared to a latter-day John Coltrane, his solos have more in common with Sonny Rollins, driven more by melodic flights than harmonic depths. Washington cut his teeth on the hip-hop circuit, as saxophone player for Snoop Dog and others, and he knows how to use minimal movement and monumental charisma to create a cinematic experience with appeal to a seemingly post-jazz audience.

The apparent average age of Washington’s crowd was easily two decades younger than that of the previous night’s Wynton Marsalis’s Lincoln Center Jazz Orchestra holiday show at the Altria Theater. In an odd parallel, both shows had shout-outs to the 1960s cartoon “A Charlie Brown Christmas.”

The music drew from the 2011 recording sessions that produced Washington’s breakthrough, “The Epic”, to his most recent release, a series of short pieces about the transcendent value of diversity. It was a big change from the more down-home version of the band that played the 2015 Richmond Jazz Festival. Everything was bigger, glossier, louder. But at the center of it all was the same, generous, hard-beating heart.