Looks to expand educational outreach in the future. 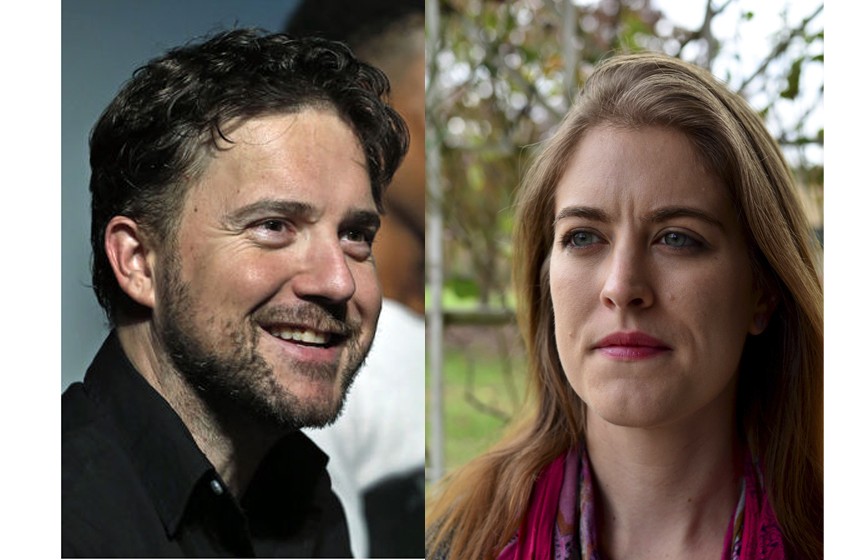 A press e-mail noted that these new additions "mark an exciting transition for Quill Theatre, as [we] look to expand [our] educational reach and strive to produce truly exceptional theatre."

Producing Artistic Director Jan Powell notes: "We are delighted to welcome these two professionals to our team. James is well-known in Richmond for his brilliant artistry and daring as a director, and our productions will be enriched by his incisive sensibility. It's such a pleasure to welcome Melissa back home to Richmond. Her expertise will greatly enhance our patrons' involvement in the Quill family. We feel so lucky to have them both."

Here is more biographical info from a press release:

James Ricks has been working as an actor, director, and educator for twenty years in New York City, Washington, D.C, West Virginia, and Richmond.

Locally, James has directed for Quill Theatre, Henley Street Theatre, Firehouse Theatre, TheatreLAB, SPARC, and Sycamore Rouge Theatre. This summer, he directed Quill Theatre’s critically acclaimed "Love’s Labour’s Lost," which garnered nominations for Best Play and Best Direction from the Richmond Theatre Critics Circle. Most recently he directed Quill’s 2017-18 season opener, "Lysistrata," at the Dominion Arts Center, and will be directing "As You Like It" for the 20th annual Richmond Shakespeare Festival.

He served as the Artistic Director of Henley Street Theatre from 2009-2013, before Henley Street and Richmond Shakespeare merged to form Quill Theatre. He is a member of Actor’s Equity Association, The Actor’s Fund and is certified with the Society of American Fight Directors. Ricks received his BFA from the University of Oklahoma and his MFA from The Shakespeare Theatre’s Academy of Classical Acting in Washington, DC.

Melissa Shorey joins the company from New York City, where she began her fundraising career with Lighthouse Guild, a vision services organization. While at Lighthouse Guild she oversaw the first million dollar grossing gala in the organization’s history, increased the average annual fund gift by 15 percent, and cut direct mail costs by 12 percent.

Though she is currently on hiatus from the stage, she has experience in stage acting, production design, dance, costuming, playwriting, painting, and sculpture. She is a graduate of Henrico County Center for the Arts, and holds a BA from Virginia Commonwealth University in Gender, Sexuality, and Women’s Studies.