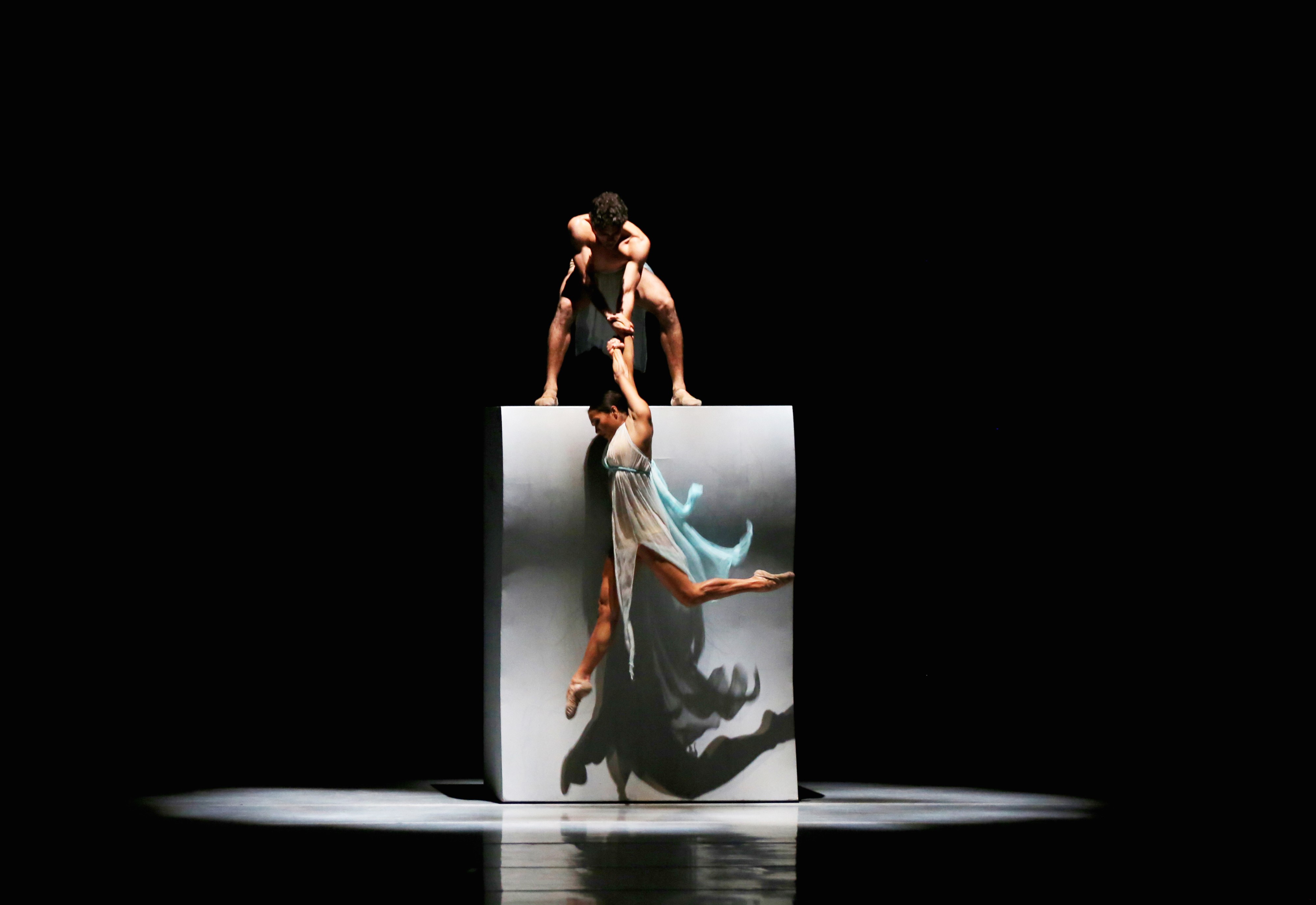 When I close my eyes to remember Richmond Ballet’s 2017 Trio program, I see Eri Nishihara’s sprightly and expansive performance in Dennis Spaight’s “Gloria,” set to the exuberant Antonio Vivaldi score, “Gloria in D.”

Nishihara’s “Qui Sedes” solo revealed every step as a joyful surprise. But I’m only one voice from Sunday's crowded, enthusiastic house at the Carpenter Theatre at Dominion Arts Center. The program of three dances showcased the company’s range along with the too-rare delight of live music paired with dance, thanks to the Richmond Symphony and Virginia Commonwealth University's Commonwealth Singers.

In “Gloria,” Spaight’s choreography embodied the music’s crystalline complexity. The curtain rose on dancers in action, skimming the floor, weaving among each other to the breathless opening movement, “Gloria in Excelsis Deo.” The work revealed a tension between precision and abandon in the dancers. At times, the speed demanded of them inhibited complete surrender to the music’s joy -- witness a hint of brittleness across the shoulders or through the torso. In the slower “Et in Terra Pax Hominibus,” however, the women’s developpés unfolded achingly slowly to point skyward, never stopping until the next movement began.

During the last section of Gina Patterson’s “Silence” (2009), snow falls in slow motion over two winter trees in a projected backdrop, along which a woman in a trailing red dress paces with glacial slowness. Against this meditative vision, the world of the stage beats on - some dancers fling themselves into frenetic partnerships, some stand, some lie down to sleep. The choreography looks lustrous on RB’s dedicated performers. Patterson’s work, set to minimalist composer Arvo Pärt’s “Tabula Rasa” and “Für Alina,” asks questions (via a program note) about finding peace within ourselves. I found myself looking for those struggling, and those offering or finding peace, among the dancers onstage. Also I was drawn to the quiet of that meditative landscape, as the downstage world felt overfull with activity and ideas.

Perhaps unrelated to the theme but demanding attention nonetheless, the partnering in “Silence,” almost all between men and women, often made me uncomfortable. Always the women appeared conflicted when picked up. Shaking, struggling against their partners’ grips, they seemed agonized. Granted, agony permeated the work, presumably as counterpoint to an elusive inner peace. But as the primary mode for partnering, it distracted from the work’s stated purpose and hinted at more sinister ideas of struggle, resistance, and dominance.

Salvatore Aiello’s ground-breaking 1979 work, premiering with the Richmond Ballet this year, for an all-male cast, “Journey” closed the show. With New York City Ballet’s season recently featuring same sex, romantic pas de deux between men, the celebration of male ballet dancers’ virtuosity in "Journey" felt both dated and on time. The work opened to Sir Malcolm Arnold’s Concerto for Organ and Orchestra with dancers running, jogging, sprinting back and forth across the stage -- all shirtless, by the way. The first section’s athleticism -- great leaps, raised fists, all the running -- was tempered by thoughtful partnering in the second section.

Initially, partnerships appeared utilitarian, focused on shape-making or dancers using each other as levers. But gradually, some sequences unfolded in which men lifted each other as they usually lift ballerinas, one highlighting the other’s delicacy and grace, the other his courtesy and strength. This expansion of gender roles helped offset the traditionalism of the other works in “Trio,” and offered the ballet’s men some well-earned, and uninterrupted time in the sun. The crowd loved it.