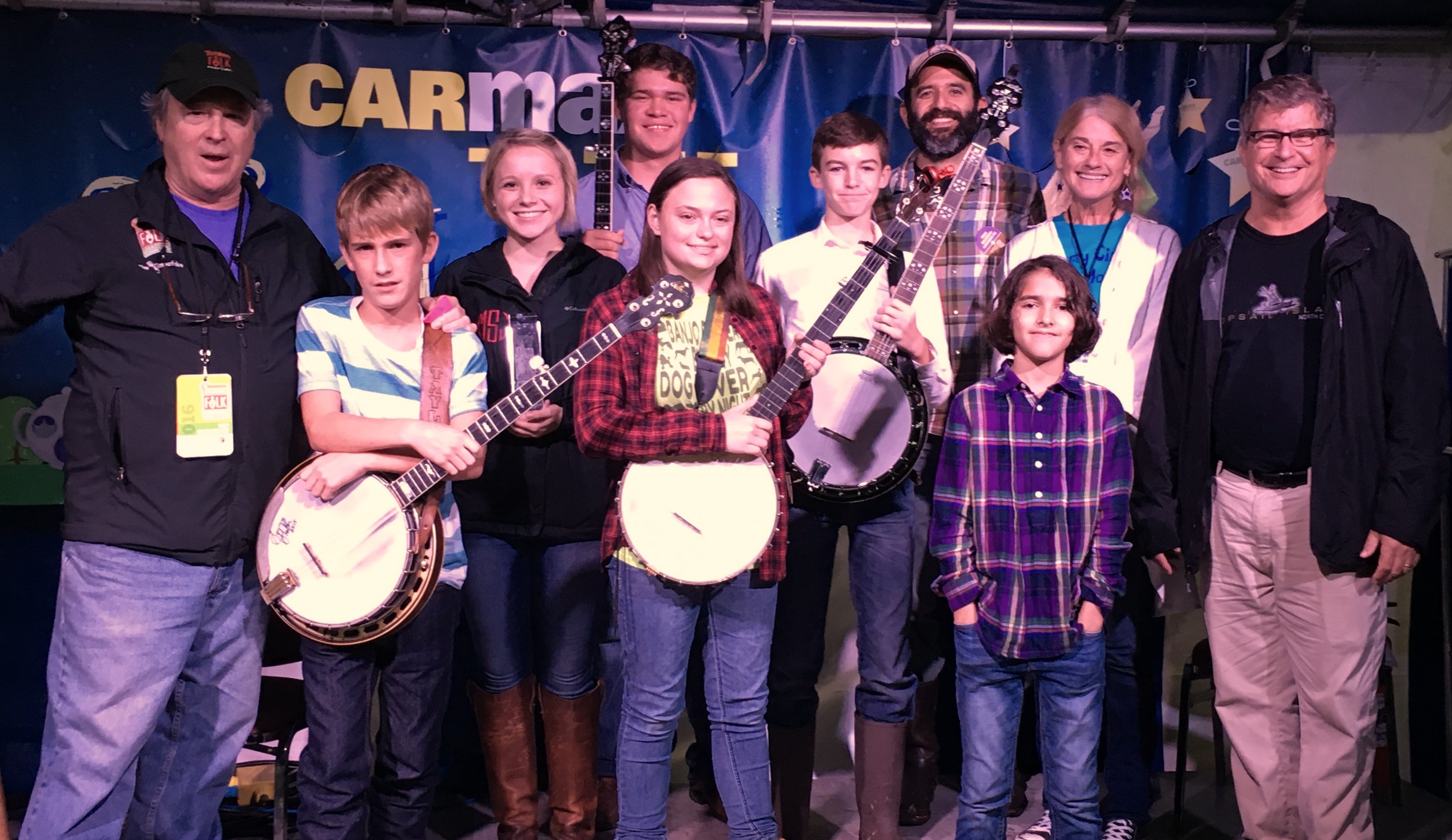 Banjo fans and talent scouts: It's the third annual competition known as the Scott Street Five String Finals this Saturday, Oct. 14 at 4 p.m. at the CarMax Family Stage during the Richmond Folk Festival.

This is a banjo competition co-presented by JAMinc and the Virginia Folklife Program for musicians 18 and under which will be judged by legendary Virginia banjoist Sammy Shelor. There are two playing style categories, bluegrass and clawhammer, and the winners in each division get a $1,000 cash prize plus a demo session at In Your Ear Studios.

This year organizers were pleased to receive more than twice the number of applicants they had last year. The kids submit YouTube videos in the application process which are selected by the judges, so all of the finalists will be worth seeing live onstage.

"We worked a lot harder and got the word out a lot more extensively for contestants," says Tim Timberlake, noting there were articles in Bluegrass Unlimited and other national outlets. "Plus we were able to contact all the youth contestants from Galax [Fiddlers Convention], 19 of them. So we got 21 entries and the talent level is amazing."

Timberlake says that there are six finalists, some who are coming from as far away as Arkansas and Ohio. The runners up will also take home some money so that everyone walks away a winner.

The prize money is due to the family of former attorney and banjo player, Scott Street, as well as some beautiful crystal trophies that were provided.

"Lead judge Sammy Shelor is iconic, he's won the IBMA Bluegrass banjo player of the year five times. He's also won the Steve Martin prize [$50,000], a very distinguished award," Timberlake explains. "Another amazing judge is a kid from Galax, Victor Furtado, who could've been eligible himself but he would've probably walked away with it. He's great."

Timberlake hopes that the competition continues to grow and notes that there are not many like it around the country.

"There are a lot of talented kids out there and now that we've got their attention we feel like word of mouth will kind of sustain it," Timberlake adds. "It's great to remember Scott Street in this way. He was passionate about the banjo and a distinguished attorney, head of the state bar, who did a heck of a lot of pro bono work for musicians all over the country. His family are very happy that his name is on something he would really be pleased with."

Here are your contestants this weekend: