Preview: Virginia Jazz: the Early Years at the Valentine 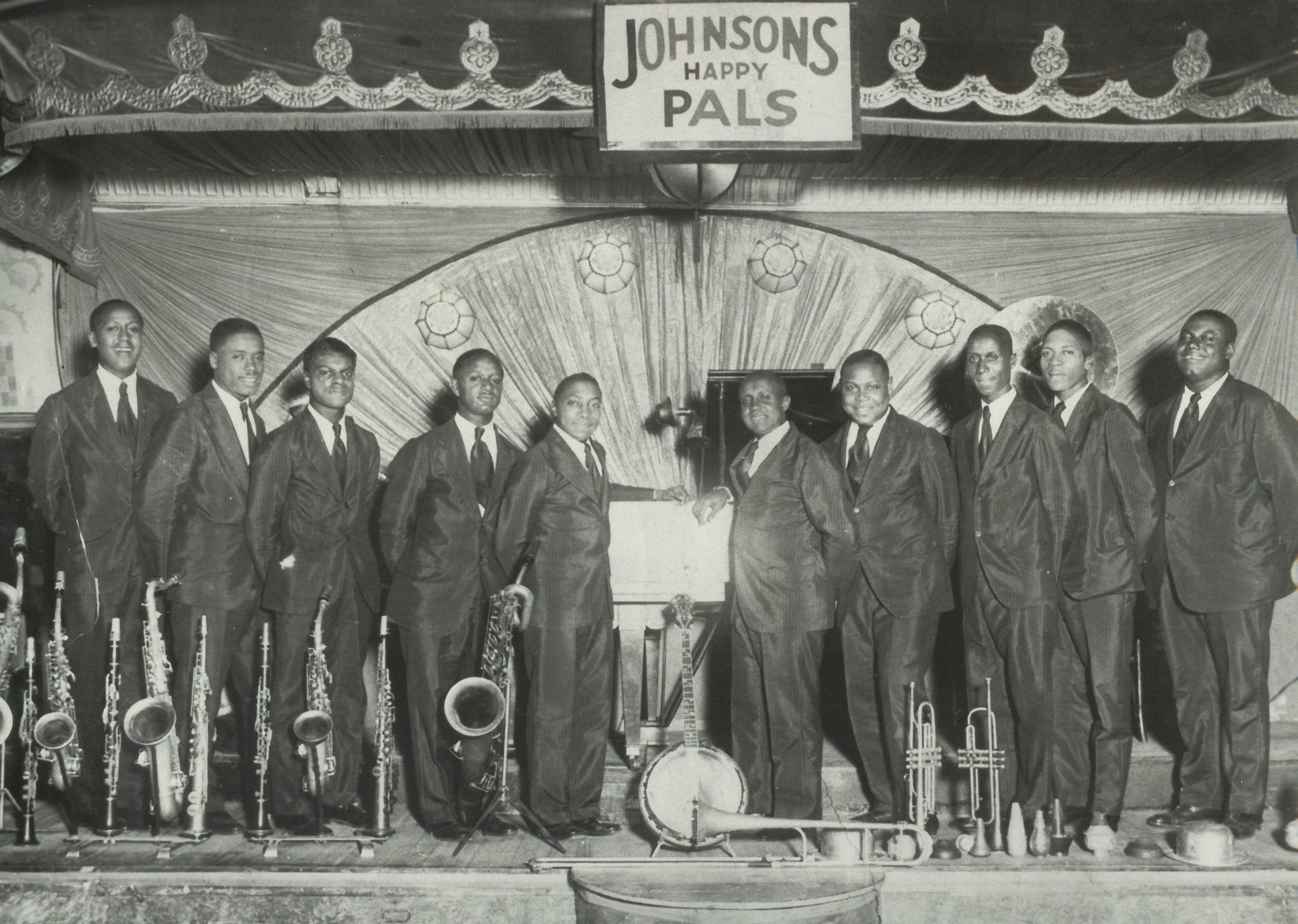 Virginia Jazz: the Early Years celebrates the key role this state played in the first century of America’s classical music.

Famous artists like Richmond-born Bill "Bojangles" Robinson and Newport News native Ella Fitzgerald share the bill with lesser known but still pivotal artists whose contributions have faded into the lo-fi mists of old 78 rpm recordings. It’s a rich legacy that has been dusted off and mounted with loving care by the Richmond Jazz Society in a downstairs hall at the Valentine museum.

There could be no better guide than Jazz Society Executive Director and event curator B.J. Brown, whose enthusiasm and depth of knowledge illuminate the interconnected lives sketched out in the exhibits.

It starts at a time when a traffic light to provide safe crossing to the black students at Armstrong High School needed to be purchased by funds donated by Robinson. The Bojangles statue at Adams and Leigh streets now marks the site. Brown says the famous star tap-danced backwards down Leigh street at the dedication.

Then there is the bandleader whose early Dixieland compositions were stolen by his self-promoting pianist, Jelly Roll Morton, with credit restored many decades later. Or the Richmond orchestra that bested Duke Ellington in a Harlem battle of the bands but chose returning home over hitting the road with Cab Calloway. Or the great Ruth Brown, whose soulful singing built Atlantic Records, a label she had to fight to get the credit and money it tried to deny her. There are stories of artist after artist, saints, sinners, expatriates and local heroes like the late Joe Kennedy Jr., known to jazz aficionados worldwide as a premier violinist, and to local students as a gentle, supportive teacher.

And for those who want to see a great Richmond-born jazzman in his prime, who is featured in modern addendum to the exhibit, drummer Al Foster appears with fellow stellar veterans Gary Bartz, Larry Wills and David Williams for two shows in the all-star Heads of State band at the Richmond Jazz Society October Guest Educator event at Capital Ale House tonight: Oct. 10.