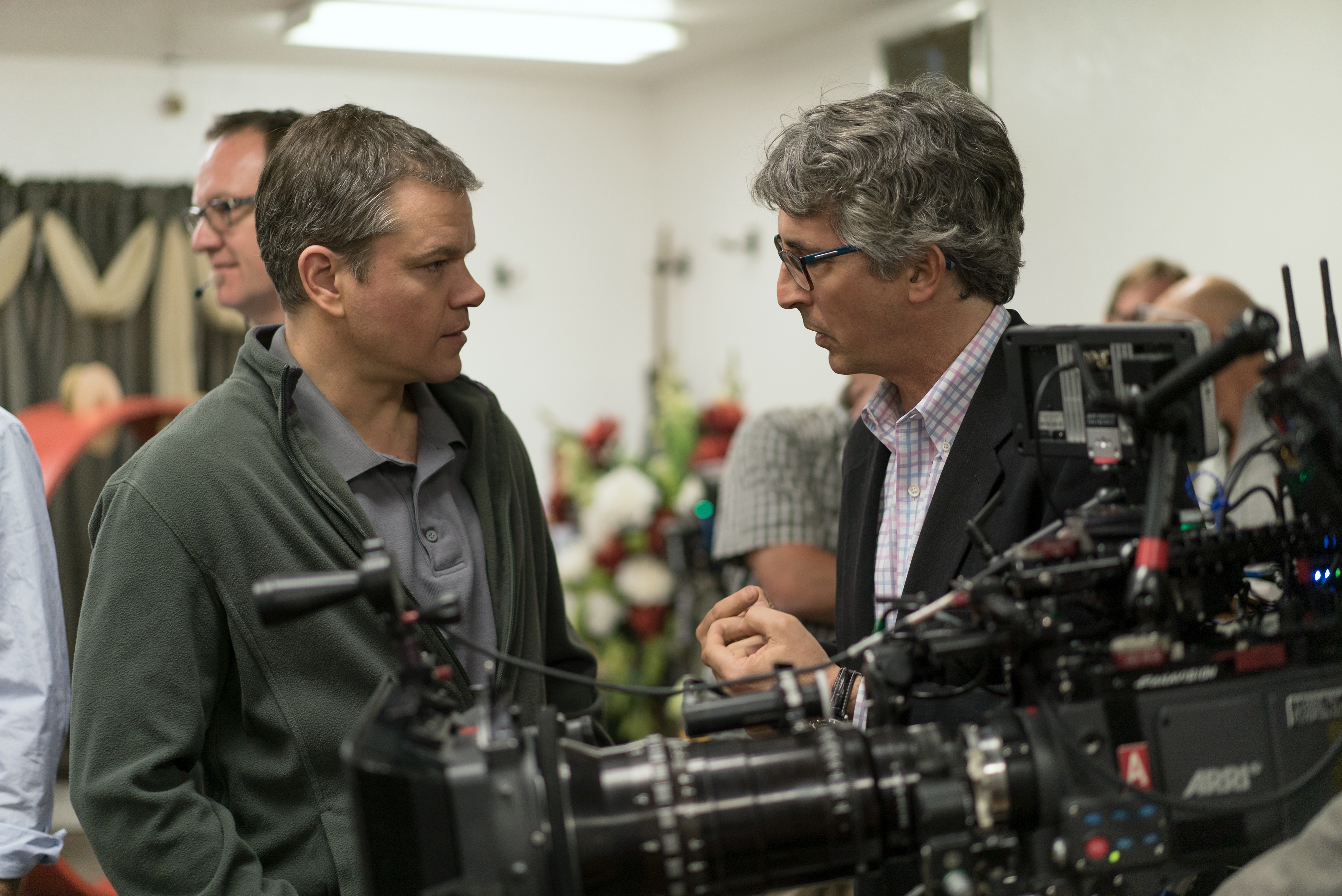 The largest film festival in the state, the Virginia Film Festival in Charlottesville, has announced the program for its 30th anniversary.

Among the many films it will feature guests including actor William H. Macy, filmmaker Spike Lee, filmmaker Ezra Edelman ["OJ: Made in America]" and writer Margot Lee Shetterly. Race will be one of the explicit themes this year, not surprising after Charlottesville's recent history.

The festival is slated for Nov. 9 through 12 at various venues in Charlottesville. The opening night film will be Alexander Payne's "Downsizing" starring Matt Damon, Kristen Wiig and Christoph Waltz.

Below is more from the press release:

In an announcement held today at The Jefferson Theater in Charlottesville, VFF Director and UVA Vice Provost for the Arts Jody Kielbasa announced the first wave of programming and special guests for the 2017 Festival. “We are incredibly excited to share this first announcement regarding our 2017 program,” Kielbasa said, “which we believe captures the things that set us apart, and that contribute to our rising profile on the national and international festival scene. Once again, our audiences will be able to choose from a program of extraordinary depth and breadth, including some of the hottest titles on the current festival circuit, fascinating documentaries that address and comment on the most important topics of our time, the latest work from some of the newest and most exciting voices on the filmmaking scene, and the best of filmmaking from around the world and right here in the Commonwealth of Virginia.”

This year’s special guests will include the previously-announced Spike Lee, who will be on hand in Charlottesville as part of “Race in America,” a special series presented by the VFF in partnership with James Madison’s Montpelier and its recent exhibition, “The Mere Distinction of Colour.” Mr. Lee will present his Oscar-nominated documentary 4 Little Girls, about one of America’s most despicable hate crimes - the 1963 bombing of the 16th Street Church in Birmingham, Alabama that took the lives of four African American girls, Denise McNair, Addie Mae Collins, Carole Robinson, and Cynthia Wesley. He will also present I Can’t Breathe, a short video piece that combines footage of the chokehold death of Eric

Garner at the hands of the New York City Police Department with footage of the similar death of the Radio Raheem character in Lee’s iconic 1989 film Do The Right Thing.“We are honored to welcome Spike Lee back to Charlottesville and to the University of Virginia,” Kielbasa said. “His remarkable body of work and tireless pursuit of social justice make him an important presence for us any time but we are particularly pleased to bring him here in the wake of recent events that have impacted us all so deeply and that continue to fuel a national conversation about issues that deeply divide us as a nation.”

William H. Macy comes to the Virginia Film Festival for the first time to present his new film Krystal. The film, which Macy directed and stars in, is about a young man who, despite having never had a drink in his life, joins Alcoholics Anonymous in an attempt to woo the woman of his dreams, an ex-stripper who is dealing with alcoholism and drug addiction, played by Rosario Dawson. “William H. Macy is quite simply one of the finest actors working today,” Kielbasa said. “He has such a unique ability to breathe life into characters in a way that makes them truly unforgettable, and we could not be more excited to bring him to the VFF.”

Ezra Edelman’s landmark five-part documentary O.J.: Made in America, took the television and film worlds by storm with its powerful look at the case of O.J. Simpson against the context of the powder keg of racial tension that helped vault this story from a celebrity-based murder case to a watershed moment in America’s ongoing struggle with race. The Festival will present the series in its entirety, with a conversation with Edelman following the final episode.

“Particularly in this year,” Kielbasa said “when we are partnering with Montpelier on the ‘Race in America’ series and when issues of race are sadly, but rightfully in the forefront of our national conversation, Ezra Edelman is a tremendously important voice to share with our audiences, and we are proud to have him here to present and discuss a project that is groundbreaking in so many ways.”

The 2017 VFF guest list will include over 100 filmmakers in all, representing a diverse program illustrating the broad spectrum of cinema.

The 2017 Virginia Film Festival will open with Alexander Payne’s Downsizing, a science fiction flavored dramedy about a group of people exploring the possibility of dramatically reducing their footprints on the world through miniaturization. The film stars Matt Damon, Kristen Wiig, Christoph Waltz, and Hong Chau in a breakout role that is already garnering her significant Oscar buzz. “This is the third time we have opened the Festival with a film by Alexander Payne, following up on Nebraska in 2013 and The Descendants in 2011,” Kielbasa said. “Downsizing was one of the highlights of my recent Telluride Film Festival experience, and embraces so many themes that are central to all of our lives today, including acceptance and environmental awareness.” The screening will be followed by a conversation with the film’s Academy Award-winning producer and Virginia Film Festival Board Chairman Mark Johnson.

In 1892, Army Captain Joseph J. Blocker (Christian Bale) is ordered to escort an ailing long-time prisoner, Chief Yellow Hawk (Wes Studi), and his family across hostile territory back to his Cheyenne homeland to die in this gritty and powerful new Western from director Scott Cooper (Black Mass) that also stars Rosamund Pike, Ben Foster and Jesse Plemons. Fresh from a triumphant world premiere at the Telluride Film Festival, the film is a powerful meditation on hatred, and on the common bonds that can bring together even the staunchest of foes. Scott Cooper, a Virginia native and Independent Spirit Award winner for his highly-acclaimed film Crazy Heart, will be on hand for a discussion of the film on the Paramount Theater stage.