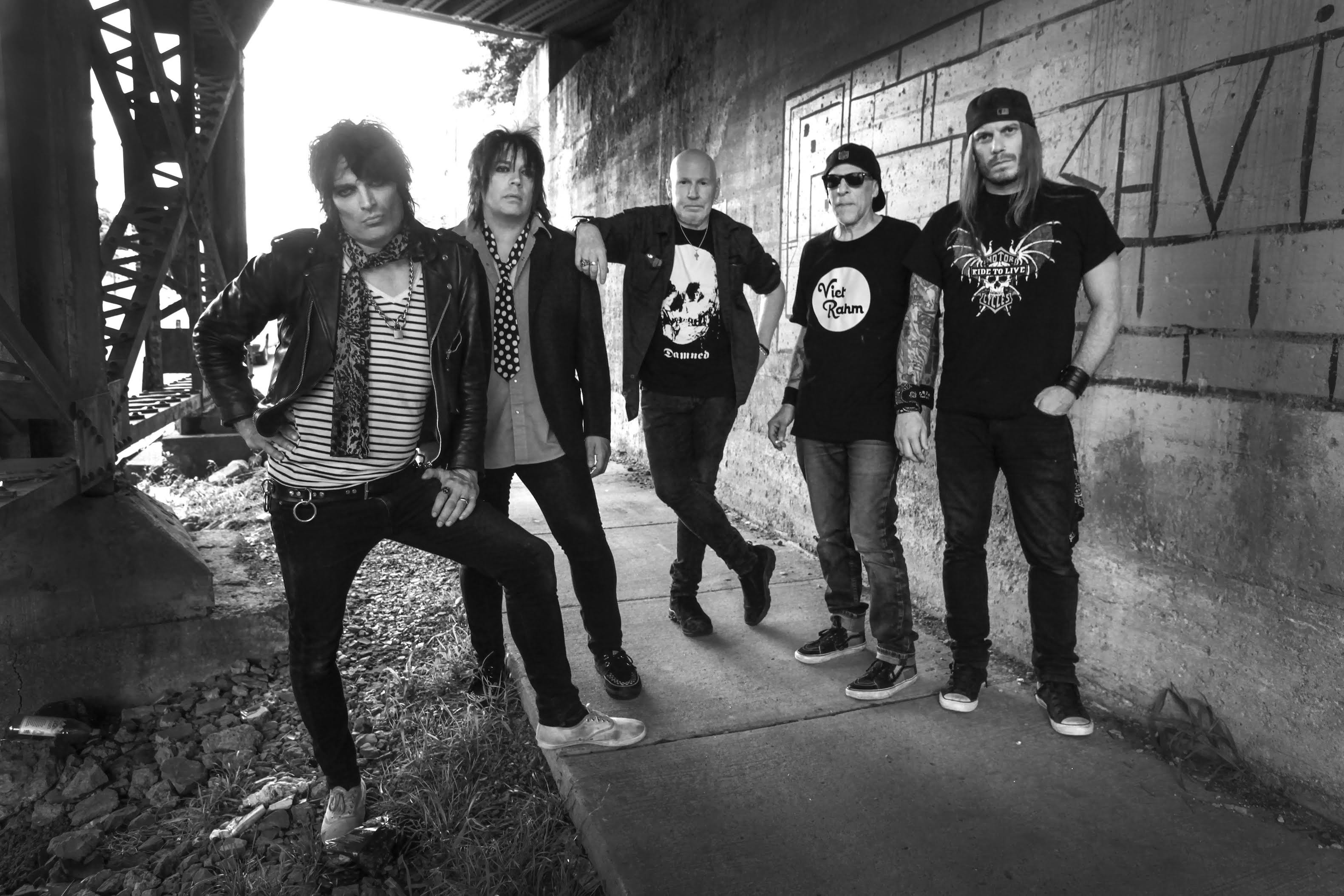 Plenty of great bands reunite to play their old classic albums for people who never got a chance to see them performed, or more accurately in most cases, for the money.

But few are playing the same gritty punk clubs they would've played back in the day. There is something refreshingly authentic about that.

Fans of the legendary Cleveland punk band, the Dead Boys, and their classic 1977 album "Young, Loud and Snotty," are in for a treat as original guitarist Cheetah Chrome and drummer Johnny Blitz have assembled a new band and are bringing their seminal record's 40th anniversary tour to Strange Matter on Friday night.

Formed in the mid-1970s, the Dead Boys built on the Stooges' raw power and the New York Dolls' downtown dirt, adding an infusion of spiked midwest energy that helped inspire the rise of hardcore music. Original vocalist Stiv Bators died in 1990 after being hit by a taxi in Paris.

Here's the original album in all it's sweaty, spit-tastic glory:

Quoted from a recent news release, Chrome explains the idea behind this current North American tour for a re-recording of the album, "Still Snotty: Young, Loud and Snotty at 40!"

“I've had my solo band for the last 10 years, and Dead Boys songs have always been included in my shows and over time the right mix of people came together to pull off and at times enhance the Dead Boys sound. With the 40th anniversary of the Dead Boys on the horizon and a solid band that could interpret and deliver the performance and sound needed to maintain the authenticity of the Dead Boys, I reached out to Johnny Blitz about an anniversary tour and he said 'yes' and we began the journey of what would become Still Snotty.”

With Jason Kottwitz on guitar, Detroit punk legend Ricky Rat on bass and vocalist Jake Hout from a zombie Dead Boys tribute band, the Undead Boys, the Dead Boys' 40th anniversary tour started taking shape. “I've been singing the Dead Boys songs myself for 20 years because I couldn't find another singer I trusted enough to hand it to,” Chrome says. “The first gig with Jake, it was like, ‘You got it, man!’ I think Stiv would be very proud of our choice.”

“The original album was actually a demo,” Chrome says. “None of us had been in a studio before, and we figured we would go back in and do it right, but the label said no. It has stood up, but 40 years later we can do a ‘What if?’ What would it have sounded like if we could have gone back in? So that's what this is about. It's not better. It's just different.”

The band has gotten some good reviews for its performances at South by Southwest in Austin, with their set named by Paste Magazine as one of the best of the festival in 2017. "Still Snotty: Young, Loud and Snotty at 40!" was produced in three days in Nashville by Plowboy Records head Shannon Pollard.

The Dead Boys perform with Southside Stranglers, the Brass, Urchin, Cloak/Dagger, Slump, Stake at Strange Matter on Friday, Sept. 15, with doors opening at 6 p.m. and the show at 7 p.m. $20. You can buy tickets here.