Large, friendly crowd turns out for some brilliant summer performances. 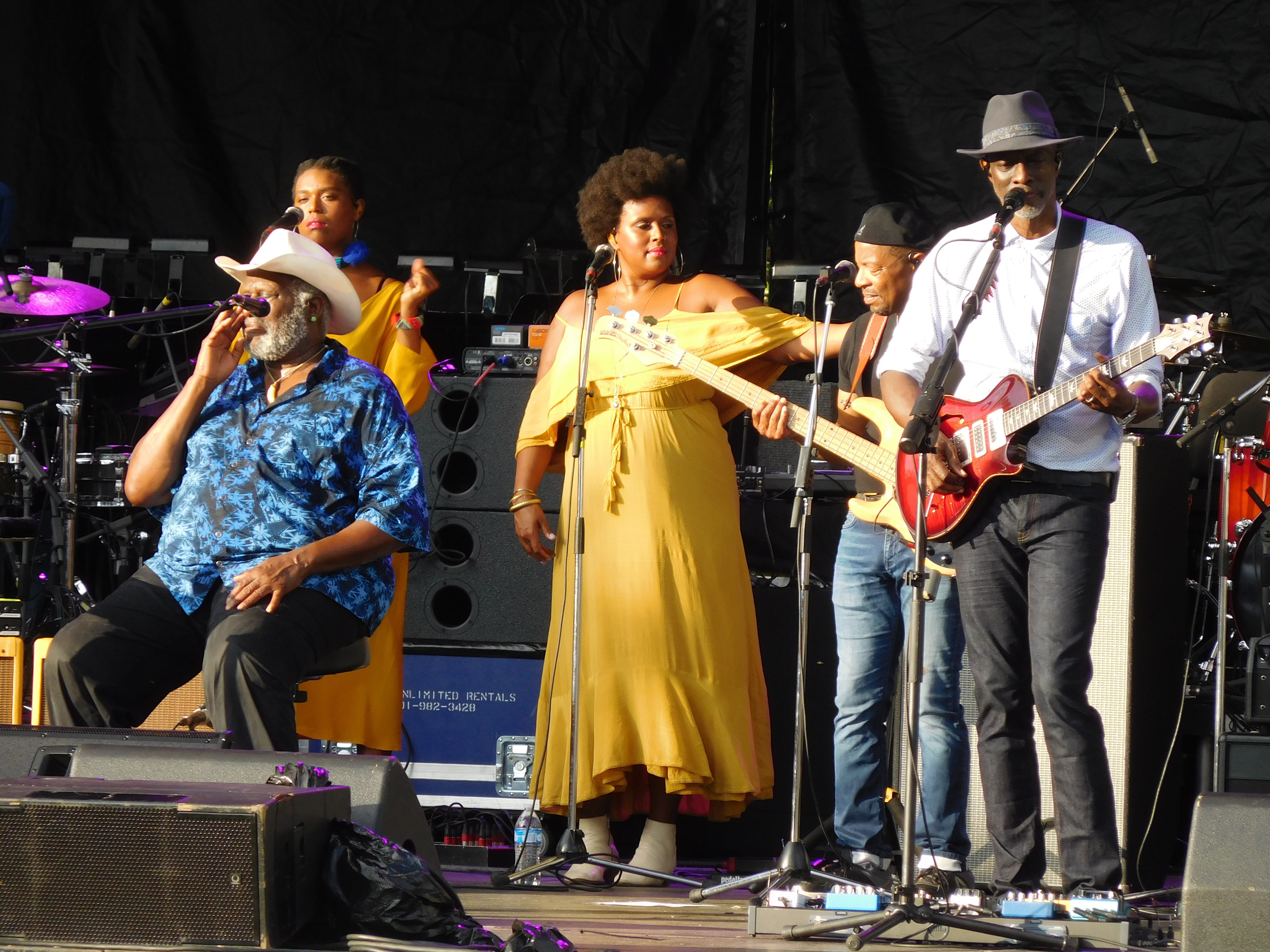 There are two ways to gauge the success of the Richmond Jazz Festival at Maymont: the overall ambiance of the event and the quality of the individual performances.

Practice makes perfect. Over the years the event has optimized its approach to notable effect. The Gold Circle seating is gone, creating a more egalitarian mood and leaving open space for dancing and quick photos at the front of the stage. A huge tent, with tables and oversized monitors, provided shade in the food truck section with moderate cooling provided by a device called a Big Ass Fan. There were Adirondack chairs set up at the Straight Ahead stage, the venue for less-attended but no less significant acts. It helped that the weather, while hot, was not as intense as 2016, when every shady spot filled with people chased from the sun-drenched grass.

Any selection of highlights is inevitably flawed. There is no way to do justice to all the acts performing simultaneously on three stages although things tended to come together at the end with Common’s powerful closing performance Saturday night accompanied by the Richmond Symphony, and soul queen Erykah Badu’s on Sunday. (However, even seeing all of those meant forgoing Peabo Bryson and the Isley Brothers.)

But with that said, some weekend highlights:

On Saturday, Joey DeFrancesco’s early set was powerful, gaining even more heft when his guitarist showed up and plugged in about one third of the way through. And with an ad-hoc quartet featuring Bill Steward on drums, Pat Metheny covered songs from across a 40-year career, including several from his early career-breakthrough “The Pat Metheny Group.” TajMo, featuring blues legends Taj Mahal and Keb' Mo', was funny, warm and beautifully accomplished. The Manhattan Transfer, viewed on the run, seemed very much on toe-tapping track.

On Sunday, the three Cuban-centric acts on the Straight Ahead stage were uniformly brilliant. Harold-Lopez Nussa was explosively propulsive. Jane Bunnett and the all-female Maqueque, a band that played Lincoln Center the following night, gave a spirited, killer performance. The Afro-Cuban All Stars’ Juan DeMarco had one of the most touching moments, a love song to his wife of 38 years while surrounded by many family members who are part of the band.

On the Virginia is for Lovers stage, 14-year-old Joey Alexander showed that being a prodigy didn’t require being graded on a curve. His performance was extraordinary for a pianist of any age. Robert Cray’s band was solid if unfortunately scheduled against a winning virtuoso bass history lesson from Marcus Miller at the Dominion Energy stage. (People who stayed at the Lovers stage after Cray saw a set from Larry Graham, one of the great soul-rock bassists of all time.)

Shuttling between stages meant running a gauntlet of food, wine, cigars, kettle corn and cold treats (looking at you Soul Ice.) It also required interacting with one of the friendliest crowds at any Richmond event. Whatever your taste in music, every year this is a great group of people with whom to enjoy it.