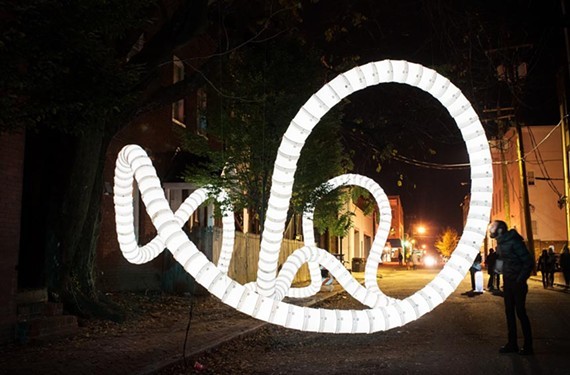 The popular annual InLight Richmond event, where artists illuminate the night with various light-based art work and performance, will be held in the downtown arts district on Friday, Nov. 3 from 7 p.m. to midnight.

Organized by 1708 Gallery, the free event was created in 2008 on the occasion of that gallery's 30th anniversary. This year it takes its inspiration from the 1901 Electric Carnival that lit up Broad Street with a replica of the Eiffel Tower and thousands of lights, according to its website.

The juror for InLight 2017 will be Nat Troutman, curator of performance and media at the Solomon R. Guggenheim Museum in New York City. To learn more about how to be involved, check out the website.