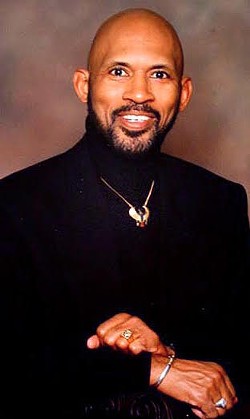 Two and a half years after President Lincoln’s Emancipation Proclamation was enacted on the first day of 1863, over a quarter million blacks were still in bondage in Texas.

Juneteenth, regarded as the first African-American holiday, became a traditional celebration when Gen. Gordon Granger sailed into the harbor at Galveston, Texas, and issued a proclamation on June 19, 1865, giving freedom to people who didn’t know they’d long been freed.

Presented by the Elegba Folklore Society, Richmond celebrates that history with a weekend of events geared toward enhancing cultural understanding in a larger sense.

The society’s director, Janine Bell, sees Juneteenth as not only commemorating the physical liberation, but also as a means to focus on the mental and spiritual liberation many African descendants still are trying to achieve while seeking a sense of identity and purpose in 21st-century America.

“Africans in America have shaped what this country is in every area,” Bell says. “Acknowledgement is key, as are place and identity. We make change by our choices. African-Americans are standing on very strong ancestral shoulders. Life is an intertwined continuum. Celebration is freedom, itself.”

Kicking off Friday, the three-day event begins with history, moves on to an independence party and concludes with an ancestor-honoring ceremony.

Friday’s symposium features historian and author Anthony T. Browder speaking on “Africans in America and the Paradox of Liberty” at Martin Luther King Jr. Middle School. It is the weekend’s only ticketed event, all others are free.

Saturday’s backyard party takes place at the Manchester Dock from 1 to 6 p.m. and is geared to families. Myriad activities, both educational and fun – a Get Woke Youth Summit on cultural education, heritage crafts for children, jump rope and hula hoop contests, African dance and drum workshops – accompany food, a Freedom Market, performances by Elegba Folklore Society’s dance company and an opportunity for people to experience the Trail of Enslaved Africans.

Crowning the Juneteenth celebration on Sunday will be a cultural ceremony to honor African ancestors from 4 – 6 p.m. at the African Burial Ground on 16th Street with pageantry, drumming and song. Participants are encouraged to bring an offering for the altar and don African or white clothing.

“History is the story of how we got to today. It provides clarity and perspective for our choices now and tomorrow,” Bell says. “Children are our future. Let’s be sure they are wise.”