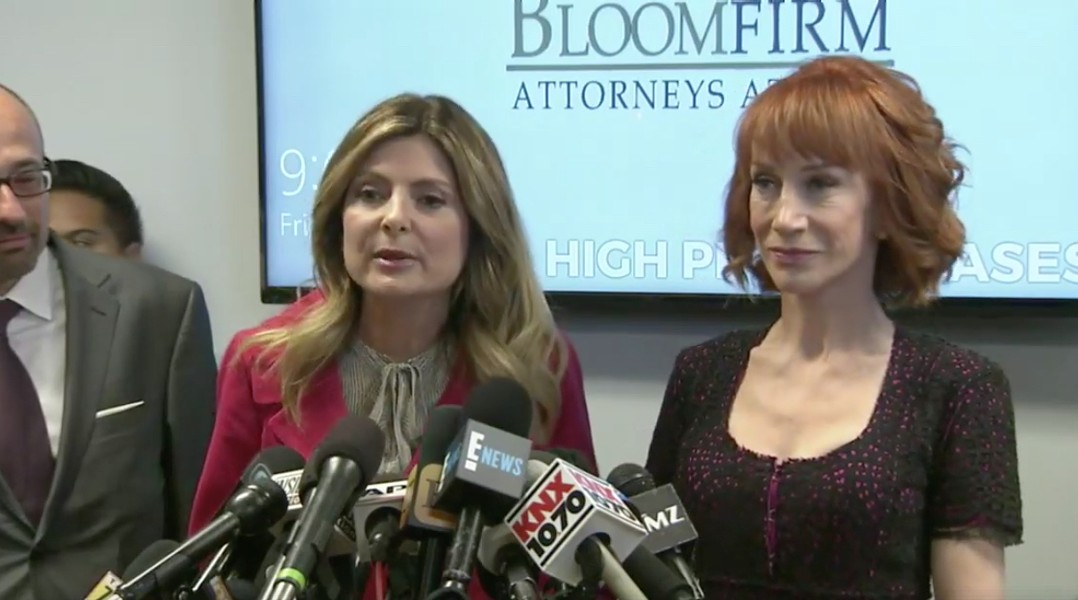 If you follow the news at all, you probably know that one female comedian has had a worse week than anyone else.

Kathy Griffin, the red-headed national comic who posed for a photo shoot with a fake, severed head of Donald Trump, has taken it from all sides for the gruesome stunt. The outrage has been widespread nationally, prompting death threats, the loss of multiple jobs and several other employment opportunities. She has been contacted by the Secret Service and has had to retain a criminal lawyer.

Even our local daily, the Richmond Times-Dispatch, found it necessary to write an editorial with the headline that her severed head stunt "set a new low in public discourse."

Never mind that this is an entertainer, a comedian, known for pushing boundaries. And never mind that our former president suffered similar stunts, many at the hands of Ted Nugent, a radio talk show host who has threatened President Obama and still been invited by Trump to the White House.

Some of Richmond's best metal bands have been doing this exact thing for years. It's an irony that wasn't lost on Griffin's civil rights attorney, Lisa Bloom, who spoke with the comedian during an emotional news conference this morning (see below). She mentions two Richmond bands, Municipal Waste and Gwar, during her First Amendment defense of Griffin's parody of the president.

"Many male artists have created far more disturbing imagery," she told reporters. "A Marilyn Manson music video shows him beheading a Trump figure. The band Municipal Waste has an image of Trump with a bloody gunshot to his head on a band t-shirt. The band G-W-A-R has had violent images like this for president after president for years. They're all just considered bad boys. Unlike these male artists, Kathy apologized."

You should watch the whole video here:

Tony Foresta, lead singer for Municipal Waste, had this to say via e-mail to Style from a national tour stop:

"We did this shit two years ago, get with the times, Kathy. Haha, just kidding! For years comedians, actors, musicians, (literally everyone), have been speaking out against Trump, not just metal bands. I don't understand why people are making such a big deal now. I think it's pretty messed up that she's basically being singled out because she's a prominent female comedian. I feel that people from all walks of life should have equal rights in desecrating Trump's bloody corpse. Welcome to the club, Kathy!"

Gwar should have a response to this overbaked incident coming shortly. You'll want to check back for that, if you know anything about Gwar responses. When it comes to severed heads of political figures, this band is the authority.

UPDATE: Beefcake the Mighty, bass player for Gwar, has responded and says that the band, which has a new album out on Metal Blade this fall, is about to leave for its summer Warped tour, hitting major cities across the country. He's got a special offer for Griffin.

"We'd like to invite Kathy Griffin to join us on stage in decapitating Trump, then we'd like to kill her," he says. "She and her lawyer need to learn how to say Gwar. It's not an acronym. It's a guttural feeling. You just have to belt it out."

Aesthetically speaking, Beefcake says that the severed head prop used in the photo was "about as good" as one of theirs.

"We've been killing presidents for years now and we'll continue," he adds. "We don't discriminate. We're not into politics and we hate all humans. We'll kill everyone."