Rapper Noah-O Represents on "Sway in the Morning" 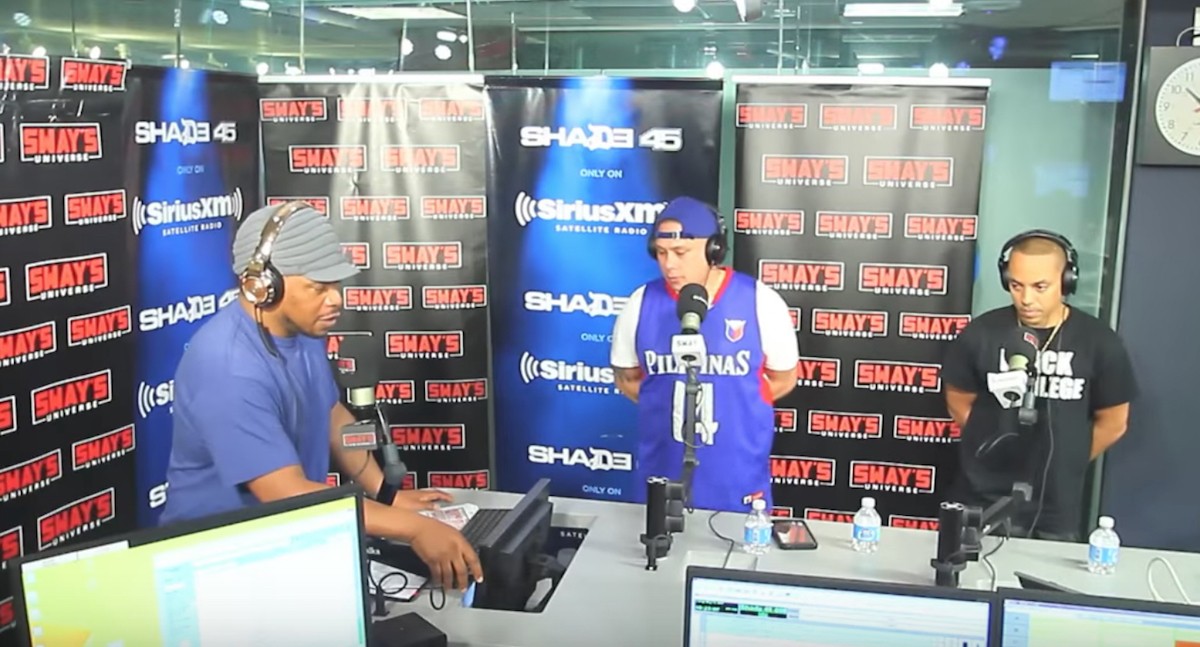 Well-known Richmond hip-hop artist, Noah-O, was interviewed on the legendary hip-hop radio show, "Sway in the Morning," in New York on Friday.

The rapper turned heads in the studio performing a track from his new album produced by DJ Mentos, "The Rain," which is available here. We have links to the Sway studio videos below and asked Noah-O a few questions about the experience.

Style: How did this come about?

Noah-O: Last March, Cheats [Marc Cheatham] invited me to go to VCU to attend a film screening put on by Afrikana Film Festival that Sway executive produced regarding police brutality. And it was around the time many killings were in the news.

I wasn't going to tell him I was an artist due to the situation being a community event and not to come off as opportunistic. I just wanted to meet Sway and tell him I grew up hearing him as a local DJ in San Francisco and take a pic. We talked and I invited him to Plush to have dinner since he would be in town. Once we went to Plush, we ate and hung out, and after a while Sway wanted to go to the nightclub section of the building and see the people.

A lot of people noticed him and us together and took pics and he eventually realized I was a music artist from there. He invited me on the show. That was over a year ago but I kept in contact with his producer. They found out I would be in town for our Trust The Vibes East Coast Tour last Thursday and invited me on as a guest Friday a.m.

It was surreal being there, as we had communicated so long ago. I had begun to think it would never happen. When he came out to meet us in the lobby the first thing he said was, "You thought I forgot about you, huh?"

It is refreshing to see there are people in the industry who keep their word and not only that he and his team care about hip-hop culture, the issues affecting the community and people. Not only that, but to think I was rhyming in a place that Eminem owns and so many famous and talented people have been in is a blessing, life-changing opportunity.

Did Sway give you any advice?

Have you seen a bump or renewed interest in the album?

There is definitely an increase in the awareness of who I am globally. A lot of Asians and Filipinos, people from Virginia everywhere and industry people are getting hip to me, new doors are opening.

What do you have coming up locally?

I have shows coming up in DC, Northern Virginia and Philly for our Trust The Vibes Tour and this fall I'm going to be touring Europe with a German artist, ¥EN, and I'll be joining Versace ChaChi for a few dates there as well.