VMFA and VCUarts teaming with Qatar Foundation for November event. 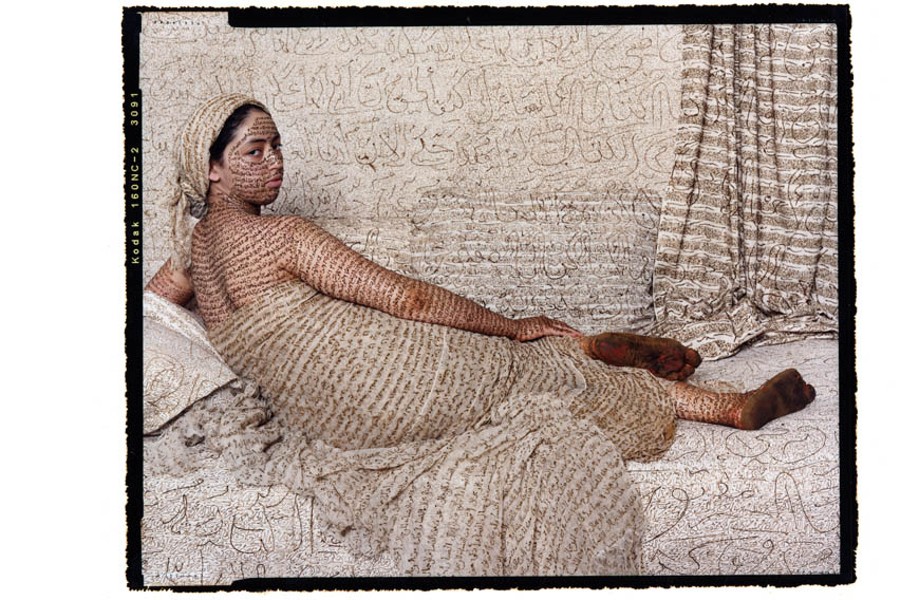 A keynote address will be given by contemporary artist, Lalla Essaydi, whose work "often combines Islamic calligraphy with representations of the female form to address the complex realities of Arab female identity from the unique perspective of intimate, personal experience."

In 2004, Richmond held its first major international conference on Islamic Art. Since then, the conference has been held in Qatar, Spain and Italy. Next fall, it will be returning to Richmond's Virginia Museum of Fine Arts on Nov. 2 through Nov. 4.

“Islamic Art: Past, Present and Future” is sponsored by Virginia Commonwealth University School of the Arts, VCUarts Qatar and the Qatar Foundation. The Thursday through Saturday event will feature opening remarks by "her excellency Sheikha Al Mayassa Bint Hamad Bin Khalifa Al Thani," the chairperson of Qatar Museums, Doha Film Institute and Qatar Leadership, and a "proponent of the arts as a catalyst for education, dialogue and exchange," according to a press release.

"Many Americans today have come to associate Islam with terrorism and war, but the Hamad bin Khalifa Symposia are designed to showcase the long traditions of art and culture in the Muslim world. This year’s event in Richmond focuses on the artistic relationships between the past, the present, and the future, bringing together museum curators, collectors, artists, and academics. As always, the symposia will make the latest research accessible to the broadest possible audience, ranging from specialized students and scholars to the general public."

The symposia will be open to the public, though registration is $10 per day. All programs will take place in the Cheek Theater, VMFA, 200 N. Boulevard. Visit ​islamicartdoha.org​ to get more info or register.

The conference will feature 13 of the leading scholars, curators and artists of Islamic art and architecture. The event will include a number of presentations addressing "how Islamic art engages with contemporary politics, global capitalism, gender, religion and history -- and how Western museums have approached collecting and curating the arts of the Islamic world," per the release.

Here's a list of additional artists and speakers that will be appearing at the conference from the release:

Mohammad al-Asad ​an architect and architectural historian who has worked at Harvard, MIT and Princeton and founded the Center for the Study of the Built Environment, a think tank in Amman, Jordan, exploring the tension between local and Western architectural forms.

Her Royal Highness Princess Wijdan​ ​Al-Hashemi of Jordan,​ a pioneer in establishing important collections of contemporary art of the Islamic world. In Jordan she founded the Royal Society of Fine Arts (1979), the Jordan National Gallery of Fine Arts (1980), the Higher Institute of Islamic Art and Architecture at Al Al-Bait University, Jordan (1992), and the College of Arts and Design at the University of Jordan (2002).

Sultan Sooud Al-Qassemi a United Arab Emirates-based columnist and commentator on Arab affairs whose articles have appeared in ​The Financial Times, The New York Times ​and ​Foreign Policy, ​among other notable publications. Al-Qassemi is an MIT Media Labs Director’s Fellow. He has been named on ​Arabian Business​’s “World’s 100 Most Powerful Arabs” list in 2014, and ​TIME​ magazine’s “140 Best Twitter Feeds of 2011.” Al-Qassemi is the founder of the Barjeel Art Foundation, established to contribute to intellectual development in the Arab region.

Shahzia Sikander a Pakistani-American artist and MacArthur Fellow best known for contemporizing the traditional Indo-Persian discipline of miniature painting and causing a transnational resurgence in the art form. Her work can be seen in museums around the world including the Museum of Fine Arts, Boston, Whitney Museum of American Art and The Museum of Modern Art. Sikander is the recipient of many prestigious awards including a Medal of Art from the US State Department.

Nada Shabout​ who is the founding president of the Association for Modern and Contemporary Art from the Arab World, Iran and Turkey. She was the consulting founding director of research at Mathaf: Arab Museum of Modern Art, Doha, and the editor-in-chief of the Mathaf Encyclopedia of Modern Art and the Arab World. She has curated exhibitions of modern Islamic art all over the world and is the director of the Contemporary Arab and Muslim Cultural Studies Initiative at the University of North Texas.