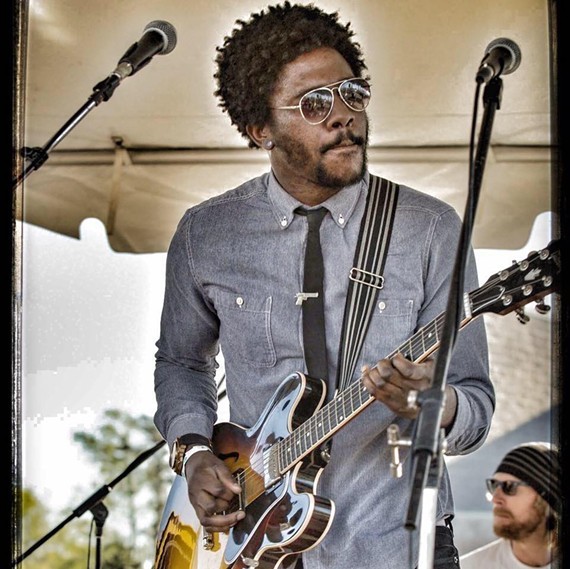 Guitarist D.J. Williams, who was detained in the Middle East weeks ago, has issued a statement on his Facebook page that he has been released from prison there and is on his way back to the States.

I've been released from the prison and headed back to the states right now with my mother. I'm not ready to speak to anyone but family right now but please know that my heart is overflowing with love and my eyes are filled with tears of gratitude for the amount of support you've all shown me. Thank you. This has been the hardest challenge I've ever faced and I am physically and emotionally exhausted but I plan to return a stronger, better man taking nothing for granted. Much love.

Williams, known for his touring work with Karl Denson's Tiny Universe, recently moved to Los Angeles to pursue his career in music.

While it's not unusual for him to tour constantly, people worried about him after he wrote a letter to friends saying, because of what he calls "missteps," he was detained in the Middle East during a visit there. The singer tweeted April 17 that he was traveling from Los Angeles to Dubai in the United Arab Emirates.

Due to a series of missteps on my part I have been detained in the Middle East for the time being. I want to say thank you to everyone for all of the love, support, encouragement and letters during this difficult time. I am staying positive and strong, and I'm going to come out of this a better person.

Thank you for your continued love and support, DJ

His friends started a GoFundMe page (D.J. Williams Appreciation Fund) that had raised more than $11,000 in six days to help the musician.