Plus Media General gets rid of all its art, and Richmond SMG venues rake in dough. 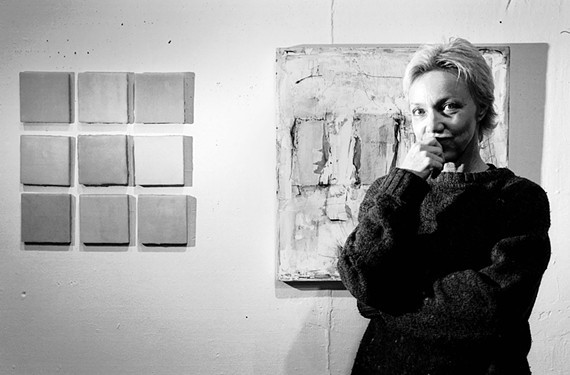 Southern Methodist University's National Center for Arts Research has published its third annual arts vibrancy index, which calculates the measure of arts vibrancy for more than 900 communities nationwide, according to a news release from the office of Mayor Levar M. Stoney.

Richmond just made the top 20 list for vibrant large arts communities, coming in at number 20. The top three were Washington, New York and San Francisco. To read the full report, go here.

The release notes that the index measures the number of arts providers and artists, economic impact, government support and other cultural indicators.

Pittsburgh, Rochester and Richmond rejoined the list this year, having ranked in 2015 but just missing the cutoff in 2016, according to the report.

Stoney issued a statement in response to the news: “Our arts and cultural assets define Richmond. They enrich not only our lives, but also the city’s pocketbook — all while helping to attract new employers, visitors and interest in Richmond."

Elsewhere, the The Times-Dispatch reports that 400 pieces of art, the majority by local artists, valued at $700,000 is being auctioned off by Media General's headquarters in Richmond -- a building that is being taken over by the Virginia Workers Compensation Commission. The art will be available for preview from 4 to 9 p.m. on May 11 at the Media General building, says the report.

Among the artists are some very familiar local names, including Cindy Neuschwander, Theresa Pollak, Nancy Witt, Nell Blaine, Fielding Archer, Hal Tench and Diego Sanchez. You can go here to learn more about the auction.

In other listy news, a news release from SMG notes that the SMG-managed Altria Theater and Richmond Coliseum were both ranked in the top 50 United States venues in the Pollstar first-quarter rankings of concert venues based on ticket sales.

Altria ranked 32nd among US theaters (No. 40 worldwide), while Richmond Coliseum ranked 45th among U.S arenas (No. 82 worldwide) in the concert publication's quarterly ranking, based on ticket sales between Jan. 1 and March 31.

Among the big shows that raked in the bucks? Disney on Ice, Monster Jam, WWE Smackdown at the Coliseum, and Chris Rock, Migos and Earth, Wind and Fire at Altria.