A photographer finds diversity at the Richmond Public Library. 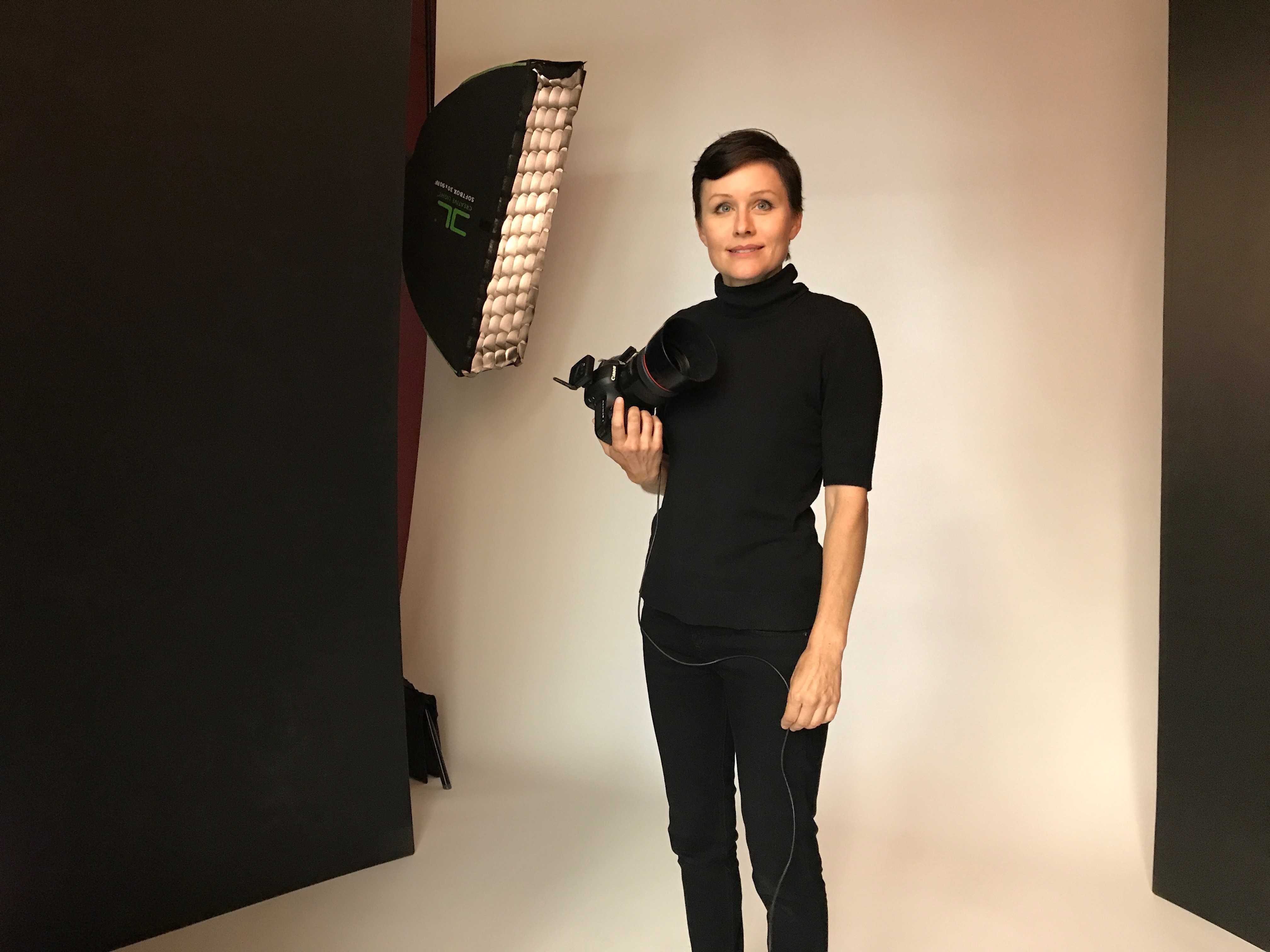 While City Council debates the libraries’ shrinking budget, one local photographer has made the Main Library the setting for an art project about Richmond.

If you’ve walked up to the second floor landing of the downtown branch this month, you’ve walked through Kim Frost’s studio and gallery.

“The library is the grand equalizer,” Frost says. “It attracts so many different types of people from all walks of life. Everyone can pick up a book and travel somewhere else. Everybody can come here and get your GED. There are tons of people willing to help.”

It’s that variety she wants to capture.

Large black and white photographs -- the faces of library patrons and some employees -- cover the walls of the landing space. Subjects will take their prints home after the exhibit closes but Frost will put the images into a book called “A Portrait of Richmond.” The book celebrating the diversity of the city will stay in the library’s permanent collection.

Several clicks and flashes later, Davis is immortalized. Davis was at the library helping a young friend fill out job applications, but he was happily waylaid by Frost for a picture. “I think it's a great thing she's doing -- it's interesting,” he says. “And everybody likes to have their picture taken -- like, oh it's about me now.”

Frost says she’s surprised by how easy it’s been to get people to in front of the camera. “We live in this selfie mindset,” she says. “But there are people who just don't have an opportunity to be photographed in a way where someone actually took the time to care about the light and pose them and make sure their hair wasn't in their eyes. I wanted to create that, facilitate that.”

She wanted the space to evoke the traditional portrait studios that families used to go to. But she doesn’t need people in their Sunday best, she says. She likes the range of looks she’s getting.

And she’s pushing people a little bit outside their comfort zones. “It's not really a traditional art show. It’s kind of more like interactive performance art.”

Add that to the list of public library services.