Board to use "Pocahontas Reframed" as a hook. 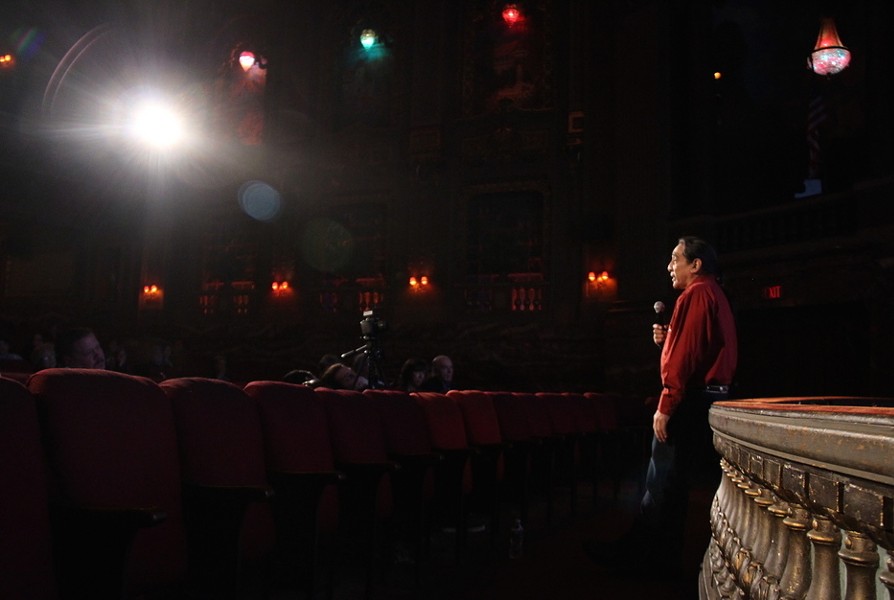 Last weekend, the board of the American Indian film festival launching in Richmond next November decided on a new name for the festival -- Pocahontas Reframed: Native American Storytellers.

“With Disney and everything, the story of Pocahontas has gotten so inaccurate. But everybody knows the story, so we’re using the name as a hook,” says Brad Brown, assistant chief of the Pamunkey tribe. “In the end, we finally all agreed that reframed was the key word. We really need to reframe the whole discussion about Native Americans.”

On Saturday, Feb.4, there was a long discussion among 24 people, including representatives from seven local tribes that support the festival as well as guest artists and board members Chris Eyre, the director of “Smoke Signals," stuntman and actor George Aguilar, and director and writer Georgina Lightning. "There was some heated discussion – was she a hero, was she a traitor, what was she?" Brown says. "Everybody interprets her differently."

To Native Americans in Virginia, Brown notes, Pocahontas is not a big deal.

“What we really want to do is stick to a theme of storytelling from the Native American perspective,” he says, adding that they’ll be trying to get the top films of the year by Native American producers and directors so that this becomes the premiere festival of its kind in the country.

They plan to add a substantial cash award competition, he says, but those discussions are still underway. The Jefferson Hotel will play host to a black-tie event in coordination with the festival, which will be held Nov. 17 through the 19 at the Byrd Theatre.

On Sunday, the guest artists presented a preview of the festival to around 100 to 200 people at the Byrd. This morning, they were given an official welcoming at the Governor’s mansion.

Director Chris Eyre says he was blown away by his first visit to the historic Byrd. He says he hopes that "first and foremost" the coming festival will entertain.

“I think the new name, Pocahontas Reframed, will give people a double take,” he says. “We want people to know we’re re-envisioning what they think they know.”

Lightning says she first got a call from French Film Festival when the idea of a Native American film festival surfaced last year.

“Right away you think why Virginia, why here, these people,” she says. “But it makes sense considering this is the first port of entry, first contact by the British, our colonizers. So it makes sense that this would be a place to retell our stories and correct them.”