There's a renewed sense of urgency in the local theater world. 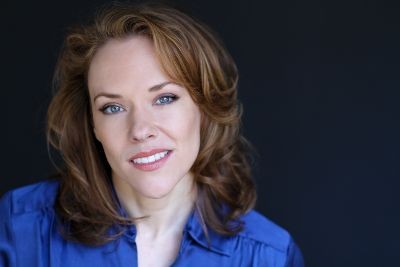 As 2016 rambles to its cacophonous close, there is a renewed sense of urgency in the performing arts world. Sure, the masses are enjoying the familiar, calming charms of Richmond Ballet’s “The Nutcracker” or the amusing distractions of Virginia Rep’s “A Christmas Story” or “The Charitable Sisterhood Christmas Spectacular.”

But as the staging of “After Orlando” at Richmond Triangle Players last week indicates, local directors and playwrights are looking for ways to capture the current zeitgeist and dramatize it onstage with an immediacy unique to theater. The RTP event was the local realization of an international action that hopes to continue the conversations around LGBT rights and domestic terrorism that were started after the horrible shooting at Orlando’s Pulse nightclub back in June.

One of the organizers of the international effort, Caridad Svich, said that she feels compelled to be “[m]aking some healing art, some fiery art, some work that says we can rise up from and through collective mourning.”

As the dustup around the cast of “Hamilton” directly addressing Vice President-Elect Mike Pence several weeks ago indicates, theater has the freedom and flexibility to respond to and interact with the world like no other art form. In my conversations with local theater pros, they would like to seize this moment to raise live theater to a renewed level of relevance by increasing awareness and inspiring change. One way stage productions can do this is through giving voice to individuals who feel marginalized, oppressed or simply misunderstood. Firehouse Theatre is starting off next year with one such performance, staging “I love you in spite of” on Sunday, Jan. 9. Performer/playwright Em Allison will relate the challenges of her teen and pre-teen years, many stemming from dealing with her critically ill mother.

In the meantime, the end of the year presents two wildly different opportunities to celebrate the holidays. Tonight at 8 p.m., the Firehouse offers “A Stripmas Carol: A Burlesque Retelling of ‘A Christmas Carol’.” Burlesque productions have increased in popularity in Richmond over the past couple of years and this show hopes to melt away any lingering Christmas chill.

If you’ve ever wanted to spend New Year’s Eve with a Broadway star, Richmond Triangle Players offers that opportunity with “An Intimate Evening with Emily Skinner” on Dec. 31. Skinner, who has been an NYC staple for decades and scored a Tony nom as the costar of “Side Show,” brings her “Broadway My Way” cabaret that she’s performed around the country back to her hometown. The event will have both an early and a late show with the later one including champagne for toasting the New Year.

Footlights will be huddling by the fire roasting chestnuts for the next couple of weeks, returning on Jan. 8 rested and ready for the New Year.