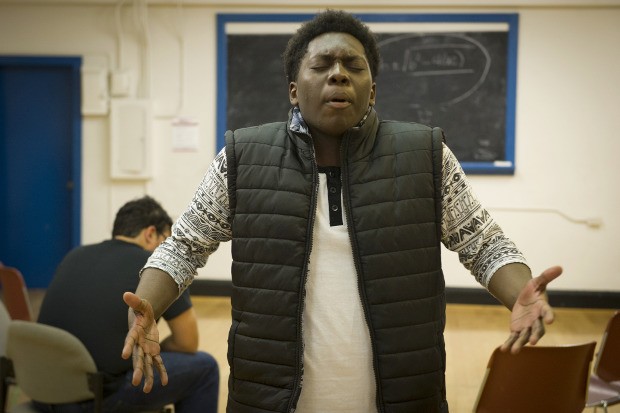 In November of 2015, Style Weekly ran an excerpt from "Writing Our Way Out: Memoirs from Jail," collected by Virginia Commonwealth University associate professor David Coogan from ten people incarcerated in Richmond's jail.

This weekend, VCU students will be bringing those stories to the stage.

The theatrical version of "Writing Our Way Out" will run Friday at 7 p.m., Saturday at 2 p.m. (with the book's authors in discussion) and 7 p.m. at VCU’s Shafer Street Playhouse. The shows are free and open to the public.

The monologue-driven play tells the personal stories of the writers and how they came into the local justice system and how it subsequently shaped their lives.

“These are real people’s lives, and their stories that have not been appreciated,” said co-director Sarah Velasco-Kent, a sophomore theatre performance major in the School of the Arts’ Department of Theatre. “We’re hoping to give a voice to people who have been silenced and start a conversation about topics that are really, really prevalent today — mass incarceration, the pipeline to prison, the really negative connotation with being in prison and having a rap sheet and being a felon.”

“This is an opportunity for education, but also for conversation,” said co-director Taneasha White, a senior English major in the College of Humanities and Sciences. “We're opening the floor up for everyone to have a discourse with the cast, the authors and anyone else who chooses to be involved during the talkback on Saturday.”

“We want you to go home and look up mass incarceration, the prison industrial complex, and see how it’s affecting your country in multiple, horrifying ways,” White said. “Look up how race plays a vital role. Then go out and try to change some policies. Or go out and volunteer at your local jail or with a re-entry program like OAR or donate to Sanctuary. There’s a couple million people that we've just completely been accustomed to ignoring, and that’s a huge problem.”

The original book version grew out of a creative writing workshop led by Coogan, which eventually led to the formation of the Open Minds program, a partnership between Richmond City Sheriff's Office and VCU that offers dual enrollment classes at Richmond City Justice Center, according to a school release.