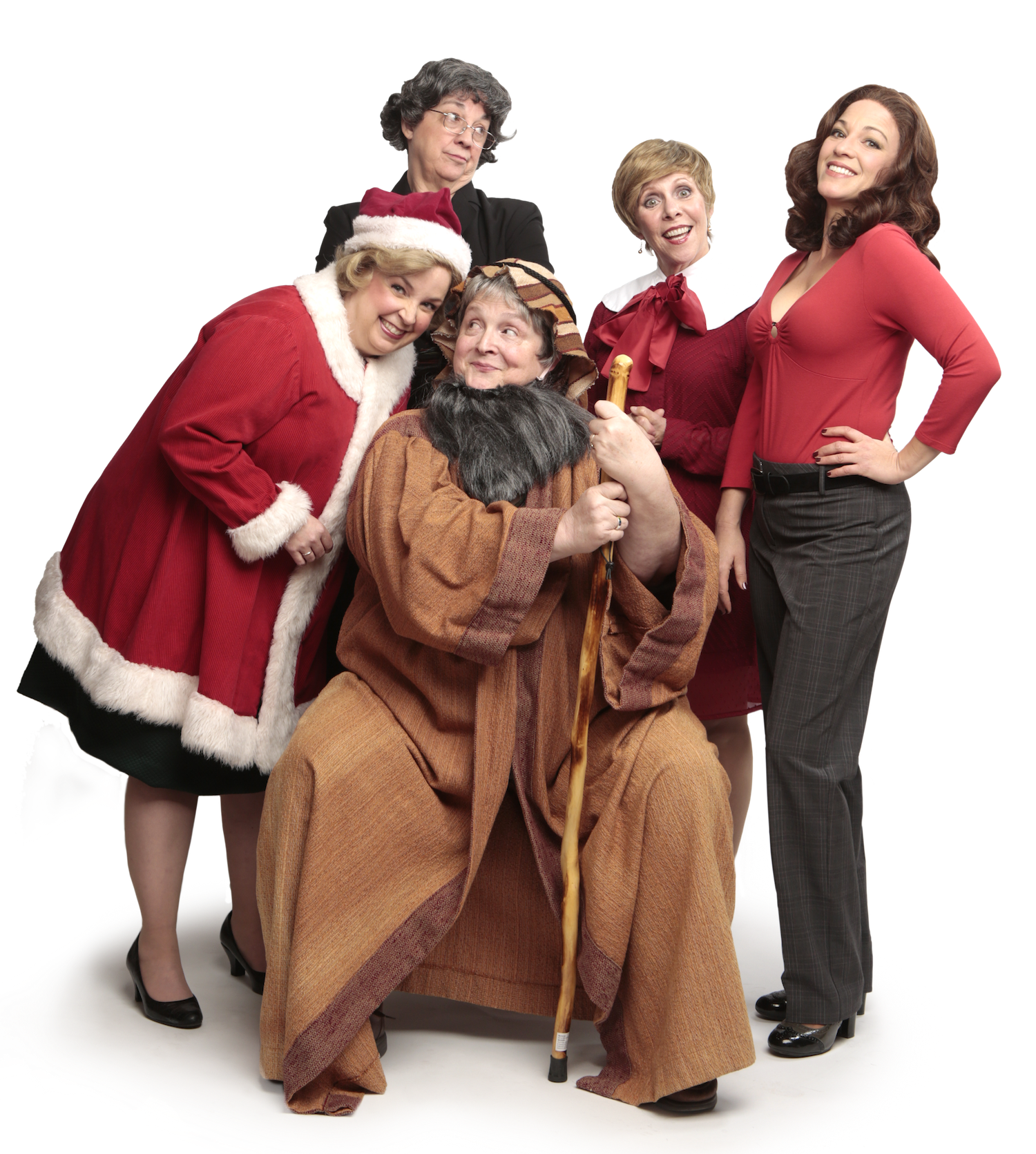 The holidays are a time to celebrate families. This year in the local theater world, a few families are celebrating by developing and working on world premiere plays together.

At Virginia Repertory Theatre’s Hanover Tavern location, playwright Bo Wilson just unveiled “The Charitable Sisterhood Christmas Spectacular,” a sequel to the well-received “Charitable Sisterhood of the Second Trinity Victory Church” that opened in 2014. Both shows have featured Wilson’s wife, Jan Guarino, in an ensemble cast with other Richmond favorites including Debra Wagoner and Cathy Shaffner.

“Like with the first show, I was writing with these specific actresses in mind,” explains Wilson. “They’re my friends and they’ll tell me if the script is bad. It’s a real safe-feeling situation.”

In this outing, Wilson says he was able to give his wife more to work with. “I’m a big fan of these ladies and I try to write to their strengths,” he says. “In the first show, there was a lot of ‘set-up and punchline’ and a lot of those lines went to Debra’s character. The humor in this one is more situational, which works for Jan who is an extraordinarily gifted physical comedian in the vein of Carol Burnett or Lucille Ball.”

“Spectacular” is subtitled “A Mystery Play” because the first act of the show focuses on the disappearance of the baby Jesus from the church’s nativity display. “Suspicion falls on a new character, played by Jody Smith Strickler, who thinks pageants are inappropriate,” says Wilson. “I love writing for these actresses and see them take the material nine floors higher than I ever expected the elevator to go.”

In the first "Charitable Sisterhood" production, actress Louise Keeton played Riley, a mysterious stranger who shows up at the Second Trinity church. Riley does not return for the sequel. “She’s likely in jail,” Wilson speculates, “but I’m sure she’s doing good work.” Don’t fret for Keeton though. She’s appearing practically up the street from Hanover Tavern in an adaptation of “Little Women” that she wrote for Ashland’s Whistle Stop Theatre Company where she is the artistic director.

This new version of Louise May Alcott’s classic tale is a family affair from top to bottom. Not only is Keeton’s husband, James Ricks, directing the play but her mother and father, Barbara and Craig, are also in the cast. It’s not an unusual situation at Whistle Stop where Barbara works as the managing director and Craig is on staff as the technical director.

Keeton finds countless benefits in working so close with her family. “I’ve never done a major project where my family wasn’t involved somehow,” she says. “What could be better than collaborating with people who know you best and are invested in making you better? You can’t find better help.”

Whistle Stop exclusively produces original shows penned by Keeton, who says she focuses on updating stories that have resonated for generations: “I try to pinpoint the messages that make them powerful and bring them forward.” She remembers having “Little Women” read to her when she was 5 years old. “It had the first female characters I remember who weren’t princesses, who were real people I could imagine I could be,” she says.

In our conversation, Wilson said he enjoyed writing for his wife but added, “I’ve directed Jan in shows before and directing your spouse can be more of a challenge.” Keeton says, “It feels completely natural” to work with Ricks as her director. “We met in the theater and it’s part of how we grow together as a couple.”

By the Way:Joe Pabst, husband of cast member Debra Wagoner, is directing “Christmas Spectacular.” Here’s hoping for a happy holidays both on and off stage for all of these stage couples.