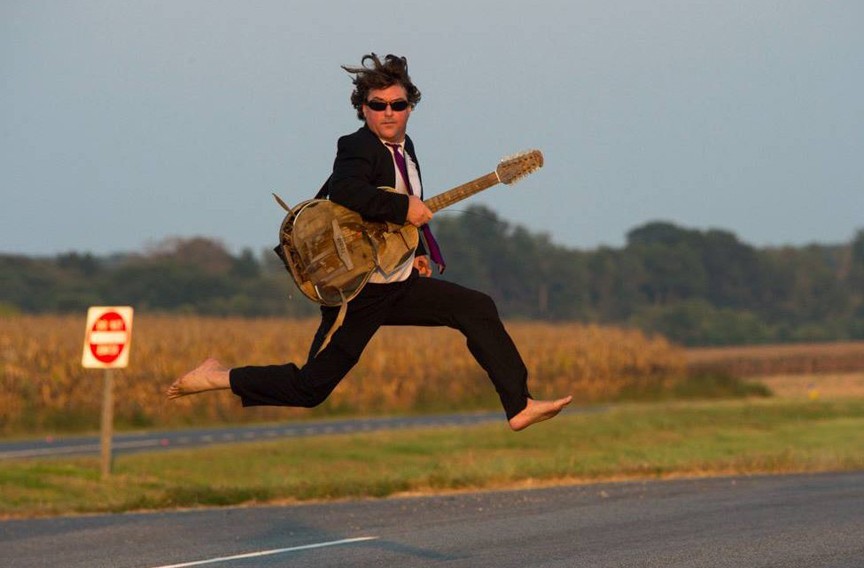 Keller Williams' "Thanksforgrassgiving" turned out a crowd Saturday at The National and a new wardrobe item for the artist.

Nathaniel Hessberg attended the show in what his friend describes as "the prettiest garment in his closet," a gold, sparkling blazer from another decade.

Early in the evening, Hessberg threw the jacket onstage, where Keller put it on and wore it for the show's duration but forgot to return it afterward, prompting a Facebook post from the artist:

"I'd like to apologize for not taking a picture with the super energetic yet kind eyed gentleman in the front row who threw this gold mirrored jacket at me at last night. When the show was over, I was whooped. The decompression had begun and I didn't want to move. It was made clear to me that the dude was very disappointed which [led] to a nagging reappearance of guilt in my mind during my day today. I just wanted to say to the dude personally whoever and wherever you are, thank you for this rad jacket. Kw"

"There was no doobie in the pocket," Hessberg says. "But in the spirit of being thankful, it just made sense to offer up the jacket. The rest is history."